When it comes to romantic comedies these days, it takes a lot to impress, especially with the rate in which they seemed to be churned out by studios. A good rom-com is rare. So the question is, does this movie hit the spot?!

Kruger’s character, Isabelle believes she has inherited a unique family curse – all the women in her family have failed first marriages. She doesn’t want to jinx her future with long time boyfriend, so to beat the curse, she decides to quickly marry the first clueless chump she meets and get a divorce after 10 minutes. Totally plausible right?

Let’s start with the positives.  There is chemistry between the two unlikely leads. Boon does his well known loveable buffoon schtick, which never gets tiresome throughout the film. His character brought out some of the genuine laughs from the audience in the theatre.  Despite playing a less then likable character, Kruger plays the scheming, selfish character well enough so that the audience doesn’t end up disliking her.

The use of beautiful locations is one of the best aspects of the movie. France, Russia and Africa are used as the picturesque backdrops to the story line.  I couldn’t help but feel like the director should have spent more time filming in Africa, as the film had a level of excitement during its African segment.

That’s where the positives end.  It has to be said, the story line is quite ridiculous.  In all honesty, who can take a family seriously that believe in a marriage curse?  A massive suspension of reality is required to go along with this movie.  Most of the time, you’ll be wondering how can any logical person act this way or even afford to.

It is also very predictable. The conclusion of the film will never be a question to you once the film starts.

It really is just an over the top silly bit of fluff.  All the hardcore rom com lovers will likely love this movie. For the rest, the beautiful backdrops and outtakes during the end credits are the best part.   And for those two reasons, I’ll rate this film 4/10 stars. 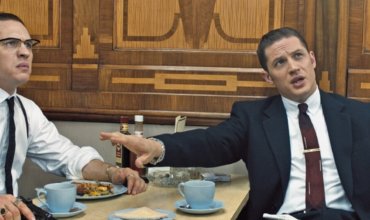 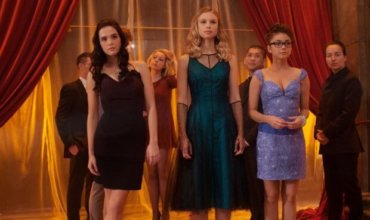