Its been 10 years since the last SCREAM film and now we get to see the teaser trailer for the upcoming SCREAM 4. Pretty much all the primary cast is back Neve Campbell, David Arquette and Courtney Cox with a some notable newbies to the franchise including Hayden Panettiere, Rory Culkin and Emma Roberts. Wes Craven is back on as the director and I really do hope they capture the same feel as the originals.

In Scream 4, Sidney – now the author of a self-help book – returns home to Woodsboro on the last stop of her book tour. There she reconnects with sheriff Dewey and his wife, Gale, as well as her cousin Jill (Emma Roberts) and her aunt Kate (Mary McDonnell). Unfortunately, Sidney’s reappearance also instigates more Ghostface killings and puts Jill’s high school friends in danger.

SCREAM 4 is due to hit American screens on the 15th April 2011, I haven’t managed to find an Australian release date as yet but I think it will be around the same time. Check it out below 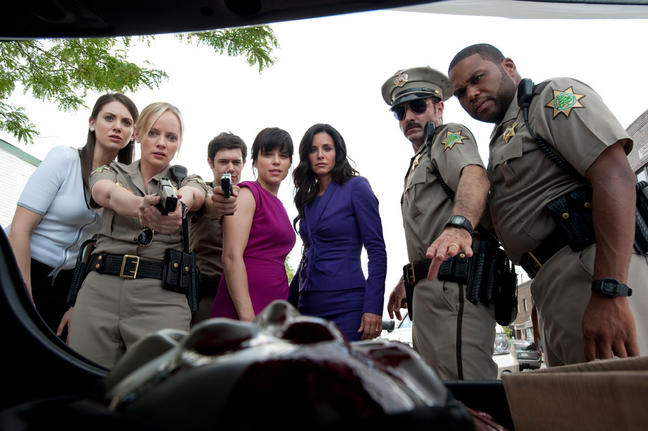