Now this looks a whole WORLD of AWESOME! Universal Pictures has released the trailer to there upcoming movie SKYLINE and anything with Aliens and a possible end of the world scenario is sensational in my books! Now this is only a teaser so I have great expectations that the full trailer will blow me away!…. This is now on my too see list for this year!

In the sci-fi thriller Skyline, strange lights descend on the city of Los Angeles, drawing people outside like moths to a flame where an extraterrestrial force threatens to swallow the entire human population off the face of the Earth.

Now Universal hasn’t given us an Australian Release Date as yet, but it hits the big screen in America
on the 12th November, so I sort of expect we will see it around that time as well. Check out the trailer below and the Poster! 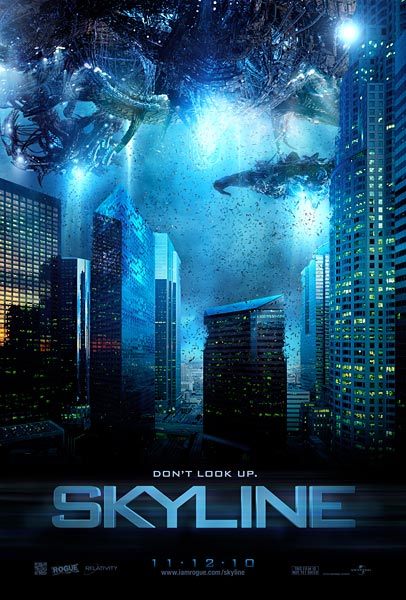