We AccessReelians are pretty tough (or at least we like to think so) but even the toughest of cookies has a crumbling point. So what flicks have got the better of us and our tear ducts?

First off are my choices:

My first big cinema cry was RUNNING FREE; A movie about a boy and his ferret that go on an adventure only to end up in an avalanche. This poor ferret is lying in the snow and a montage begins as the ferret’s life flashes before his eyes. It was harrowing stuff man! I ran from the room wailing “I can’t take it anymore!”

Ok…so I was about 7 years old. I agree: It doesn’t count. Let’s perhaps look at more serious tear-jerkers. 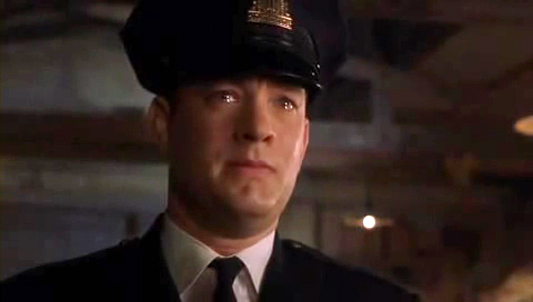 This was the first film that genuinely affected me emotionally. I’m talking sobbing hysterically and shouting at the screen type of emotions (don’t worry; I watched in on DVD). This was one of the first films I watched that didn’t end with ‘and they all lived happily ever after’. It was somewhat hard to take.

2. LORD OF THE RINGS: RETURN OF THE KING.

I admit, I was just a little obsessed with the whole LOTR phenomenon and thus my overreaction may have been more due to the trilogy coming to an end rather than the actual film. However, from the moment Samwise the Brave declares “I can’t carry it for you, but I can carry you” the waterworks began and I didn’t stop until the end of the film.

Upon my second viewing I timed this: it was 45minutes of continuous sobbing. Sobbing so dramatic, in fact, that I rocked the entire row of seats at the cinema and received many annoyed glances.

So that’s me. But what about the rest of us?

“GALLIPOLI always makes me cry. The last few minutes of the movie show Archy (Mark Lee) and the other men of the Light Horse leaving their trench and attacking a heavily fortified Turkish position. The fact these young men will be slaughtered pointlessly is told with a powerful sequence that is one of director Peter Weir’s finest moments.

And, to change gears entirely, MARLEY AND ME (spoiler alert!) I never read the book and I was totally floored when Marley died! I wasn’t prepared for it and I think it hooked into what I have actually felt when dogs I have known have died. I thought I was watching a so-so Owen Wilson/Jennifer Anniston film, so I was unprepared for tears that flowed.”

(What was that I was saying about us AccessReell writers being tough….? Marley and Me?! Nice to see our boys have a sensitive side)

“THE NOTEBOOK. I’m a definite hopeless romantic and optimist. The chemistry between McAdmas and Gosling was unreal and the way Cassavetes pulled off such a great adaptation of a Nicholas Sparks novel was just brilliant. There was so much emotion in the film and the pacing was just right. The stages of a relationship were clearly presented and heartbreaking at each point. The first time I watched the film I cried almost the whole way through”

(Wow Stace, and I thought a 45minute cry session was bad!)

“My second choice is THE IMPOSSIBLE. This film was just too realistic and heart wrenching. I was in tears for almost half the film and my jaw was left open the whole time the tsunami hit. It was shocking and left me with a greater appreciation for life.”

“WARRIOR- The part where Tom Hardy’s character walks in on his dad (Nick Nolte) drunk after being sober for over a year, really powerful scene.. totally breaks me down every time I watch it.

BRAVEHEART – Yes, I know its Mel Gibson.. but screw the haters he’s a brilliant actor! Everything from when he’s giving ‘that speech’ to the big at the end when he yells ‘freedom’, can’t help but shed a tear.”

(Very manly choices Darran and I’m with you: Mel Gibson all the way!)

“BIG FISH, yup….I’m not even a Tim Burton fan but Ewan McGregor’s performance here – plus the strained relationship with his son who is seeking some form of closure or reconciliation – it all just hits a soft spot inside me and for the final 5 – 10 mins of the film I’m a blubbering mess.

My second choice is ARTIFICIAL INTELLIGENCE I’ve not watched it in a quite a while, however thematically I found it quite moving, particularly once again the notion of family and, in this case, mortality. It comes down to the final few scenes again that really cause the water works to start, I think the excellent performances in the film are also a big contributing factor.”

So there’s our picks. What films have you reaching for the tissue box?