Adele In Early Talks To Play Nancy In Oliver! Remake

Adele is reportedly in early talks to play Nancy in an upcoming remake of the smash hit musical Oliver!. The film would be the first major acting role for the Tottenham-born singer. Sir Cameron Mackintosh (Les Miserables) is set to be working on the remake along with Working Title Films.

The original story, Oliver Twist by Charles Dickens, was published as a serial between 1837 and 1839, and followed the story of an orphan who travels to London to seek his fortune, and falls in with a band of pickpockets, led by the whimsical crook Fagin. The novel was later adapted into a stage musical in 1960, and then a feature film in 1968, directed by Carol Reed. The original 1968 film starred Ron Moody as Fagin, Oliver Reed as the wicked Bill Sikes, Shani Wallis as Nancy, and Mark Lester as orphaned Oliver.

There were reports last year that Disney would be remaking a modern version of the story, which includes several different musical genres, including hip-hop. It was also rumoured that the film would be directed by Tony Award-winning Thomas Kail (Hamilton), and starring Ice Cube as Fagin. However, nothing more has been said about this modern retelling and it’s hard to gauge the veracity of the claims. As a long time fan of the 1968 Oliver!, I personally hope the remake stays true to its original form and time-period, and does justice to Ron Moody’s incomparable 1968 performance of Fagin. 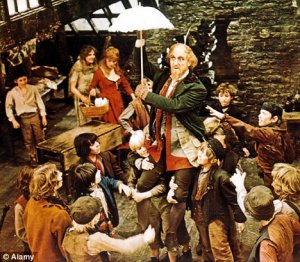