Adrianne Palicki plays Lady Jaye in the upcoming G.I. Joe Retaliation opposite Bruce Willis, Dwayne Johnson, Byung-Hun Lee, D.J. Catrona and directed by Jon M. Chu. In this sequel, the G.I. Joes are not only fighting their mortal enemy Cobra; they are forced to contend with threats from within the government that jeopardize their very existence.

Adrianne has been involved with such TV Show’s as Smallville, Supernatural, Family Guy, an impressive 52 episodes of Friday Night Lights but most recently most known for playing Wonder Woman which was produced by David E. Kelley but unfortunately NBC decided not to pick up the show after the pilot was filmed. 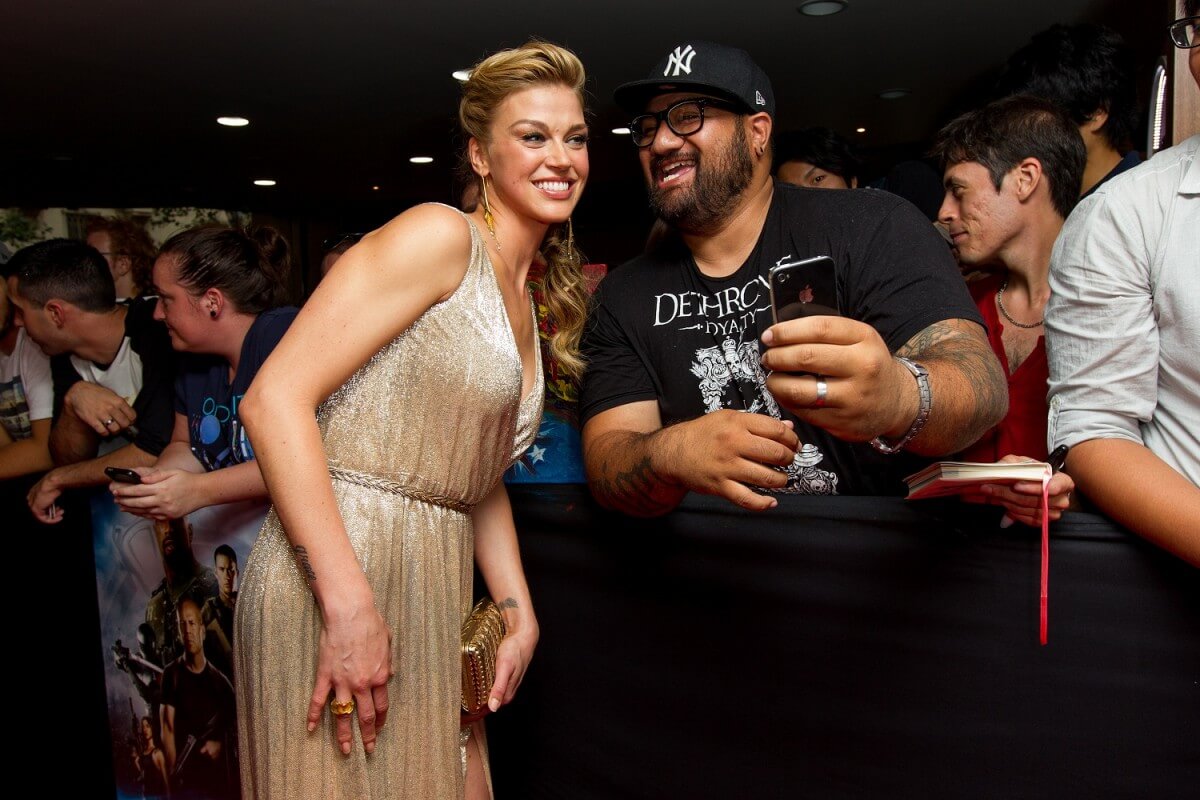 Adrianne with a fan at the Sydney Premiere

In G.I. Joe Retaliation we see her as the beautiful ass kicking Lady Jaye, we chat to Adrianne about walking onto the set for the first time and being confronted with The Rock & Bruce Willis, training for the role of Lady Jaye, Action Figures and plenty more.

G.I. Joe Retaliation hits cinemas on March 28. You can check out the trailer here. Hit the play button below to have a listen, we will also have some video content coming very soon!