Around the holidays you can always expect to see a few types of movies hit theatres. There’s the newest addition to a popular franchise (The Hunger Games: Mockingjay, Part 1), the the big-budget, animated kid’s movie (Big Hero 6) and then some kind of classic remake/sequel (Dumb and Dumber To). Aside from films based on the season, usually it’s not a time of the year where movies surface that have come about from popular trends. This year, however, will prove to be a little different in more ways than one.

It’s not a trend that came from fashion, a side-effect from a popular television show, or a new craze caused by a set of tween novels. Instead, for some odd reason, several recently premiered or soon-to-premiere movies this season share a similar Egyptian theme.

The first is horror film The Pyramid, which has a premiere date of December 5th in the US. Directed by Grégory Levasseur, who wrote the screenplay for the popular 2006 horror film The Hills Have Eyes, The Pyramid follows a team of archaeologists as they try to unlock the secrets of a lost pyramid that’s haunted by an insidious creature. It stars Denis O’Hare (Dallas Buyers Club, American Horror Story, The Judge), Ashley Hinshaw (Chronicle), and James Buckley. Although this film isn’t likely to become available in Australia given it’s lower budget, it’s already getting some positive buzz from movie-goers, with 88% of users on Rotten Tomatoes stating they’d like to see it. 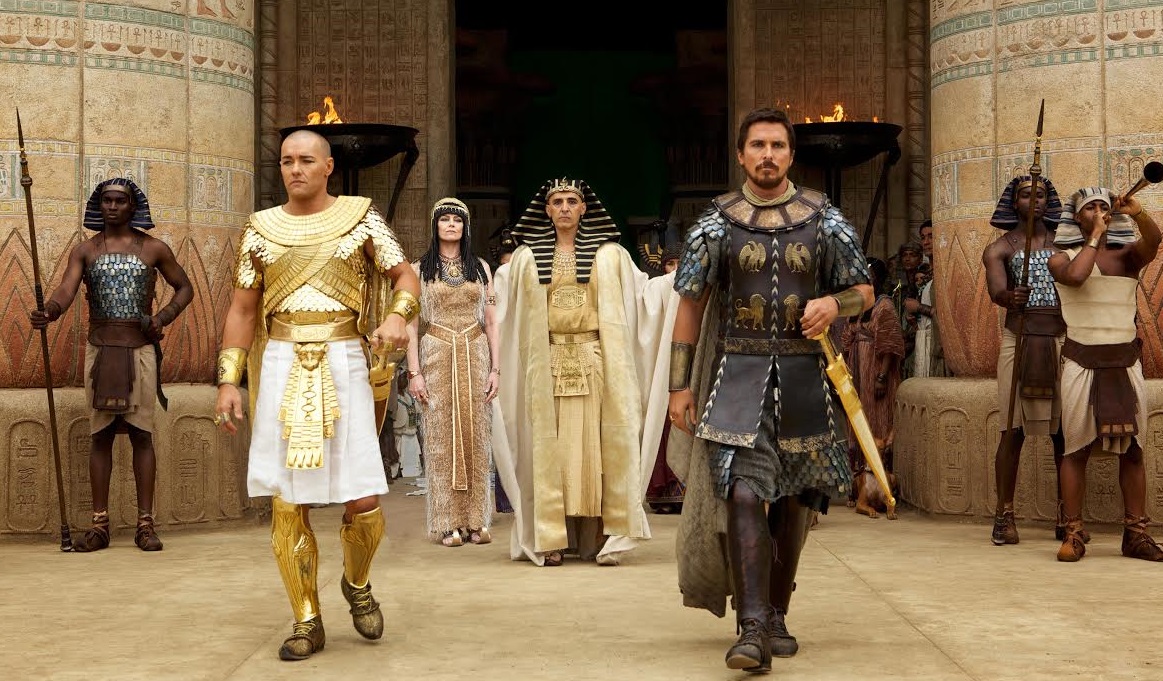 Then there’s the highly anticipated action-adventure film Exodus: Gods and Kings, which is now out in cinemas and our review is coming very soon. The movie is based on the story of Moses (played by Christian Bale) as he rises up against the Egyptian leader Ramses to free 600,000 slaves. You can check out the trailer on the film’s Accessreel page.

The last film with an Egyptian theme set for release this season is the third, and rumoured final, installment of the Night at the Museum franchise, Night at the Museum: Secret of the Tomb. In an effort to save the museum’s magic before it fades forever, Ben Stiller is back as security guard Larry Daley. He reunites once again with big names like Owen Wilson and Steve Coogan, playing cowboy Jedediah Smith and Gaius Octavian (Octavius), respectively. Along with appearances from new names like Rebel Wilson and Dan Stevens (Downton Abbey), there’s also the bittersweet appearance of late actors Mickey Rooney (Gus) and Robin Williams (President Teddy Roosevelt). The film was one of Williams’ final performances before his passing earlier this year.

Veteran actor Ben Kingsley also has significant but very different parts in two of the films. In Exodus, he plays Nun, the slave to Egyptian pharaohs who became a Hebrew leader. In Night at the Museum, he gets to crack jokes playing Egyptian Pharaoh Merenkahre.

And it’s not just movies that are taking advantage of the suddenly popular theme. Usually closely tied to and reflective of the trends in movies and television, gaming companies are also trying to capitalise on the spark of interest in Egypt. In fact, gaming hub InterCasino alone has several slot games with an Egyptian theme or backdrop, including Cleo Queen of Egypt, Pharaohs Dream, and Platinum Pyramid. Their latest game, Ramesses Riches, even features Ramesses II, one of the main characters in Exodus, played by Joe Edgerton.

So what’s the cause of the sudden interest in the transcontinental country? Quite frankly, no one really knows. Even those working on the films don’t know what caused the rise in popularity.

As Night at the Museum director Shawn Levy told USA Today, “I’m honestly slightly baffled with the Egyptian theme at play this holiday season.” Rami Malek, an actor of Egyptian heritage cast as Pharaoh Ahkmenrah in Night at the Museum, said it was an “odd confluence of events.” He went on to say that “historically, there’s always been a Western film fascination for ancient Egypt. It just makes for a great Hollywood backdrop.”

Whether it’s just a happy coincidence or not, the good news is that similar settings certainly don’t equal similar stories. Each of the films offers audiences completely different experiences. So whether you’re in the mood for something scary, an action film, or a light-hearted comedy, this holiday season’s premieres have you covered.