Ant-Man was created by none other than Stan Lee and Jack Kirby and first appeared in the comic series Tales to Astonish #35, though his non-costumed self Henry Pym appeared a few issues earlier in Tales to Astonish #27.Henry Pym is a scientist who invents a material that allows him to change his size, thus creating his alter-ego Ant-Man. Interestingly Ant-Man went on to become a founding member of the Avengers along with his sidekick the Wasp who was Henry’s girlfriend.

So far there has been no sign of Ant-Man in the Marvel Cinematic Universe (MCU) however that looks like it’s going to change with Edgar Wright’s project to bring Ant-Man to film. The adaptation has been speculated about for some time, Edgar Wright is currently filming ‘The World’s End’ as a follow up to 2010’s ‘Scott Pilgrim vs. the World’, however things are looking more and more likely for Ant-Man’s big screen debut with Marvel and Disney setting a release date for the film, November 6, 2015.

With ‘Avengers 2’ scheduled for May 2015 it doesn’t look like Ant-Man will have much of a role (if any) in phase 2 of the MCU. You can check out an image of Ant-Man in costume below. 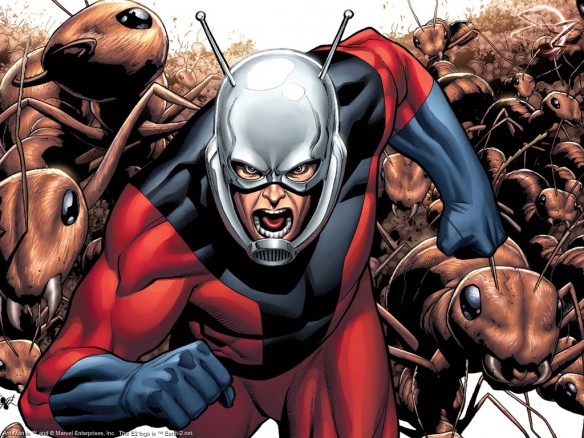