The game Gears of War is set to get its own film, and Microsoft has recently locked in a deal for Shane Salerno to be the screenwriter. Salerno is most noted for his work on the scripts for James Cameron’s upcoming sequels to Avatar, and was also a lead writer on Michael Bay’s Armageddon. With these kinds of films under Salerno’s belt, we can expect the Gears of War film to follow in the footsteps of these epic blockbusters. 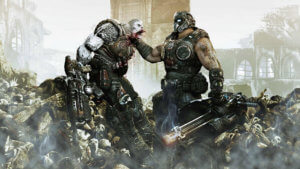 Gears of War was first released in 2006, and the franchise, created by Epic Games, managed by The Coalition and owned and published by Microsoft, spans over five games. However, the film is not set to follow any of the previous storylines in the games, but will be a new plot set in the universe of the fictional, Earth-like planet Sera.

The film was officially announced last October, just before the release of Gears of War 4, and there has been no announcement of the release date or director as of yet.