Madman Entertainment has today released a most triumphant official trailer for BILL & TED FACE THE MUSIC, along with the film’s final poster. Set nearly three decades after Bill & Ted’s Bogus Journey, the new movie, which will be released on August 27, follows Bill (Alex Winter) and Ted (Keanu Reeves) as they’re faced with creating a song in 78 minutes to set their world right and bring harmony in the universe. In order to succeed, they have to work with their daughters (played by Australia’s very own Samara Weaving and Brigette Lundy-Paine), a new batch of historical figures and a few music legends. The film also stars Kid Cudi, Kristen Schaal, Anthony Carrigan, Erinn Hayes, Jayma Mays, Jillian Bell, Holland Taylor, Beck Bennett, William Sadler, Hal Landon Jr. and Amy Stoch.

Want more? For the first time ever, every fan around the world is invited to attend a free star-studded virtual iteration of San Diego Comic-Con from 23-27 July! Over the course of five days, pop culture fans will be able to stream hundreds of Comic-Con Home panels covering all things movie, TV, comics, gaming, and more right into their homes, including the most excellent BILL & TED FACE THE MUSIC panel this Sunday. 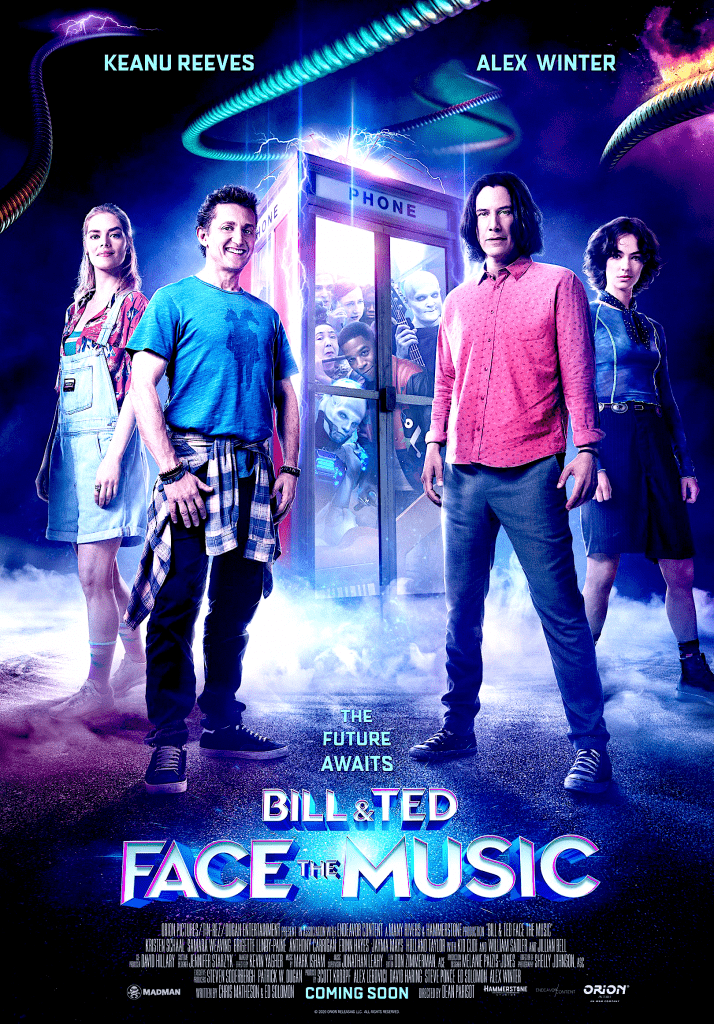 Catch the film’s stars Keanu Reeves, Alex Winter, Samara Weaving, Brigette Lundy-Paine, William Sadler; director Dean Parisot; and writers Ed Solomon and Chris Matheson at 8:00am this Sunday 26th July (AEST) for a virtual panel to get the inside scoop on the totally radical threequel. Moderated by filmmaker and fan Kevin Smith the totally bodacious panel will be screened on the San Diego Comic-Con.

And just a reminder – this is the story synopsis: The stakes are higher than ever for the time-travelling exploits of William “Bill” S. Preston Esq. and Theodore “Ted” Logan.  Yet to fulfill their rock-and-roll destiny, the now middle-aged best friends set out on a new adventure when a visitor from the future warns them that only their song can save life as we know it. Along the way, they will be helped by their daughters, a new batch of historical figures, and a few music legends – to seek the song that will set their world right and bring harmony to the universe.

BILL & TED FACE THE MUSIC will be released nationally in Australian cinemas on Thursday 27 August, 2020.