Burning Man gets a Teaser Poster

BURNING MAN is the reckless, sexy, funny, moving and ultimately life-affirming story of Tom, a British chef in a Bondi restaurant, who seems to have decided there are no longer any rules he needs to obey. Whatever Tom is up to, his actions seem to be tolerated by those around him.

As Tom descends into darkness, fragments of a different story begin to emerge. All the women in his world are trying in their own, very different ways to help put him back together.

‘Burning Man’ is to be released on the 27th October 2011 and will be distributed by Paramount/Transmission. 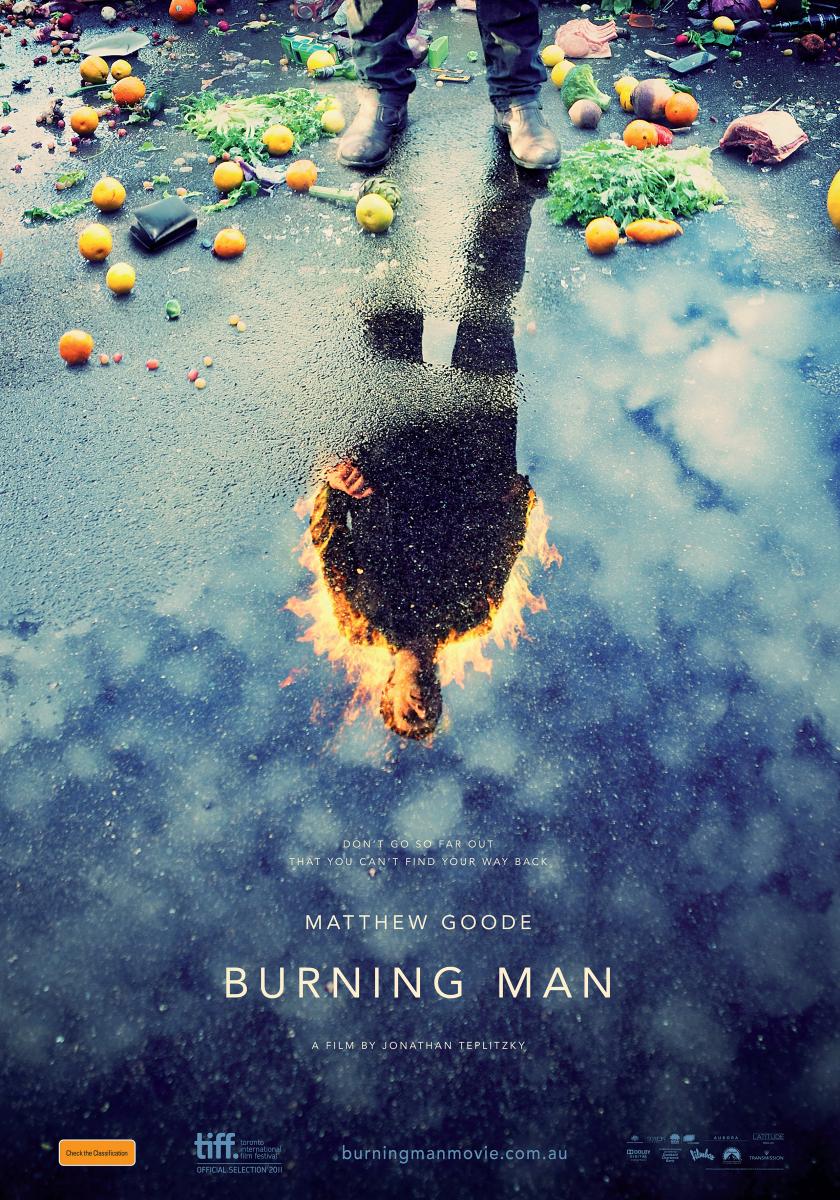