G.I. Joe Retaliation has been on our screens for just over a week and worldwide it has already managed to pull in over $131 million. Joe has also achieved the 2nd biggest Easter opening weekend in the US of all time, when the cast were in Australia we had a chance to chat to both Adrianne Palecki and Storm Shadow himself Byung-Hun Lee.

Byung-Hun Lee is an absolute superstar in Korea and Japan, he has even managed to sell out the Tokyo Dome in Japan which seats 45,000 people for a Fan Event! Lee started acting in 1991 on Korean TV in the show ‘Asphalt, My Hometown’ and since then he has gone on to work on many other hit shows in Asia. Lee transitioned into film relatively quickly with movie roles starting in 1994 with his most notable being ‘The Good, The Bad, And the Weird’ and ‘I Come With The Rain’ which put him on the Hollywood radar which came calling with the first G.I. Joe movie ‘Rise of the Cobra’ and from there the rest is history! Lee was also one of the first Korean actors to imprint their hand and foot prints on the forecourt of Grauman’s Chinese Theatre in Hollywood. 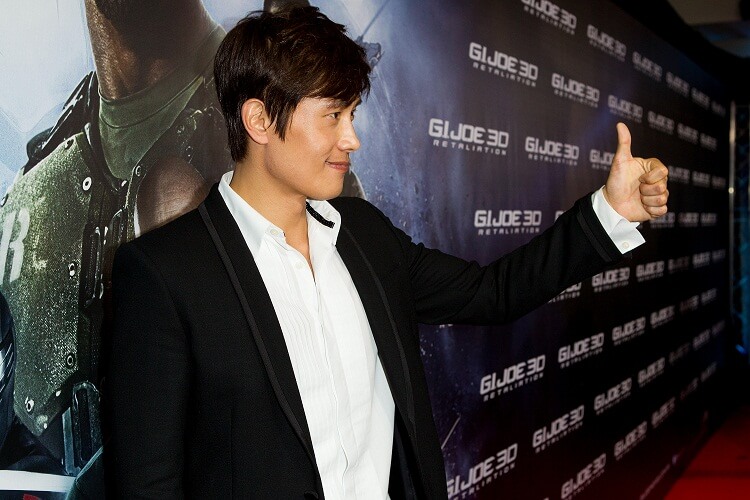 Byung-Hun Lee at the Australian Premiere

Take a listen below of our interview with Byung-Hun we talk about his fighting technique to working with Ray Park (Mr Darth Maul/Snake Eyes) and even becoming a computer game character in Lost Planet: Extreme Condition.

G.I. Joe Retailation is in cinemas now. You can also have a listen to our interview with Adrianne here.