Universal Pictures and Focus Features today announced that Charlie Hunnam will star as Christian Grey in the highly anticipated film adaption of Fifty Shades of Grey. He joins Dakota Johnson, who will star opposite him as Anastasia Steele.

50 Shades of Grey is being directed by Sam Taylor-Johnson and produced by Michael De Luca and Dana Brunetti alongside E L James, the author of the #1 bestselling book on which the film is based.  The screenplay is by Kelly Marcel.  The casting announcement in Fifty Shades of Grey was made today by Ms. James.

Fun Fact – The story of 50 Shades of Grey was originally Twilight Fan Fiction! E L James is a massive Twilight nut, plus she originally wanted Robert Pattison in the role of Christian. 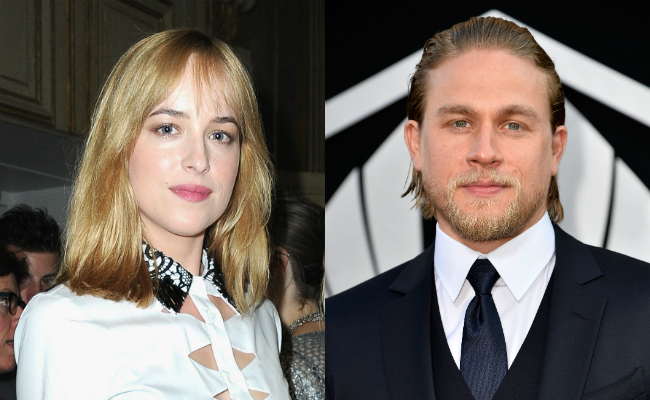 Dakota Johnson’s first notable screen role was in the multi-Academy Award-winning 2010 feature The Social Network, on which Mr. De Luca and Mr. Brunetti were producers.  Her subsequent movies include the upcoming feature Need for Speed, 21 Jump Street, and Universal Pictures’ The Five-Year Engagement.  She also starred as Kate in the Fox Network comedy series Ben and Kate, which aired during the 2012-2013 season.  Ms. Johnson is currently shooting the feature film Cymbeline.