IT Chapter 2 starts Production with a cast photo!

IT Chapter 2 has begun production with the first official image released with all the older cast. It looks like its from the table read, rather excited for this one.. I’m no fan of horror but I seriously enjoyed the first film and I’m crazy excited to see the second one and with this cast you can obviously see they’re going all out on this one. Andy Muschietti is back behind the camera aswell and the original kids are supposedly still going to be seen with flashbacks.. 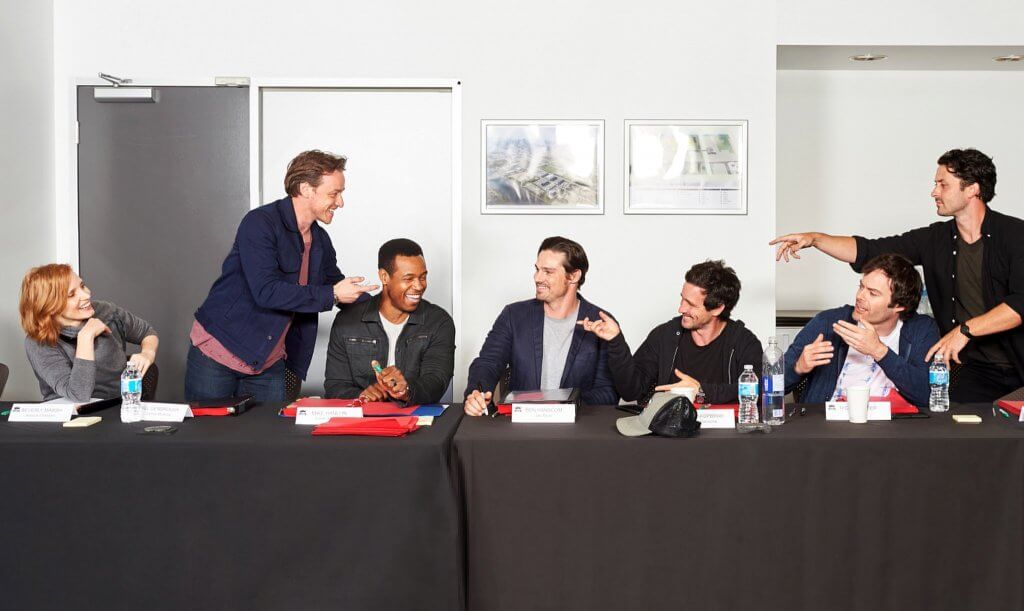