Sony has released a new poster for the film All The Money In The World with Christopher Plummer’s name replacing Kevin Spacey’s. It was revealed on November 8th that Kevin Spacey would be cut from the already completed film, following allegations of sexual assault against Spacey, in the wake of the many revelations that have recently shocked Hollywood. The decision to remove Spacey was made by director Ridley Scott, in conjunction with Imperative Entertainment, which produced and funded the film. Christopher Plummer will be replacing Spacey, playing the character of John Paul Getty Snr. All of Spacey’s scenes, which were filmed over eight days, are intended to be re-shot and edited in time for the film’s original release date of December 22nd. The film was also supposed to premier as AFI Fest’s closing night film on November 16th, but has had to be replaced by the film Molly’s Game, by Aaron Sorkin. 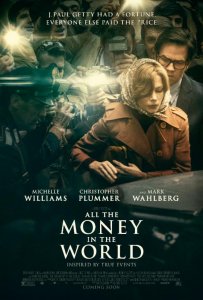 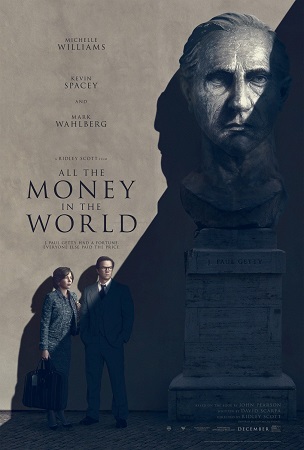 All The Money In The World is a dramatic thriller starring Michelle Williams, Mark Wahlberg and Charlie Plummer. The film is a biopic that tells the story of 16-year-old John Paul Getty III, who is kidnapped and held for a large ransom, due to his family’s wealth. His grandfather, billionaire John Paul Getty Snr. refuses to pay the ransom, leaving Gail, the teen’s mother, in a desperate attempt to save her son’s life, with the help of Getty Snr.’s financial advisor, Fletcher Chase. The screenplay was written by David Scarpa (The Last Castle) from John Pearson’s novel by the same title.

You can watch the original trailer featuring Kevin Spacey below: