Australia’s premium film festival returns with an incredible first look reveal of its 2021 program and Film Prize finalists. Film-enthusiasts will be thrilled to see an array of premieres for WA audiences, with some releases screening fresh from the European and American festival circuits.

CinefestOZ are proud to announce Here Out West, [email protected] film Nitram, River and The Drover’s Wife The Legend of Molly Johnson are this year’s Film Prize finalists. These films are in the running for Australia’s largest film prize of $100,000AUD, awarded by a Jury of prominent Industry guests. The Prize recognises excellence in the craft of filmmaking from an Australian feature film or feature-length documentary. 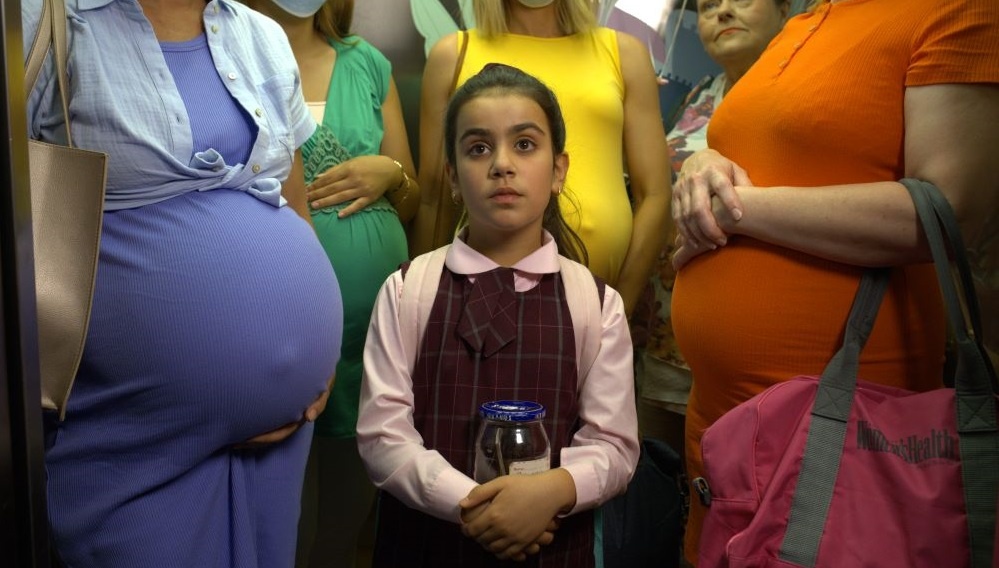 CinefestOZ Chair Helen Shervington said that this year’s finalists are a brilliant showcase that reflect the diversity and complexity of storytelling at this year’s festival.

“I continue to be impressed by the calibre and originality of film submissions to the festival each year, and I’m proud to say the 2021 Film Prize finalists are fantastic,” Shervington said.

“We can’t wait for our audiences to be back at the cinema watching these films – all of which will have their WA premieres at CinefestOZ. The range and creativity shown across all four films is exactly why supporting Australian storytelling through filmmaking is so important.”

Directed by Fadia Abboud, Lucy Gaffy, Julie Kalceff, Ana Kokkinos and Leah Purcell this film is a groundbreaking reframing of the Australian story.

An unmissable Film Prize finalist this year is Justin Kurzel’s compelling drama-thriller Nitram, a [email protected] film. The story depicts the lead-up to one of the darkest events in Australian history, and was selected to premiere at the coveted Festival de Cannes this year – the first Australian film to do so in-competition in 10 years.

Featuring an incredible cast of International and Australian talent, the film stars Caleb Landry Jones, Judy Davis, Essie Davis and Anthony LaPaglia. Directed by Kurzel (The Turning, Macbeth, Snowtown, True History of the Kelly Gang) and written by Shaun Grant (Penguin Bloom, Snowtown), this film will have its WA premiere at CinefestOZ.

CinefestOZ, a festival set amongst the unique landscapes of the South West, proudly hosts Film Prize finalist River. This innovative and compelling documentary, directed by Jennifer Peedom (Sherpa, Mountain) and narrated by Willem Dafoe, inspires audiences to acutely observe the surrounding land on which we live and reconnect with the natural world.

Rivers are the arteries of the planet. Wherever they travel life forms can emerge, survive, perhaps flourish, including human life. Rivers are irrepressible and, given the chance, possess miraculous powers of recovery. This unique film takes audiences on an odyssey of cinematic and musical feasts to explore the remarkable relationship between humans and rivers.

The spotlight for Busselton’s Opening Night event shines firmly on The Drover’s Wife The Legend of Molly Johnson, competing as a Film Prize finalist this year. Director Leah Purcell (She. Say., Black Chicks Talking) has inverted Henry Lawson’s iconic short story from page to silver screen, as well as taking on the film’s titular role. Set in remote Snowy Mountains, Molly Johnson’s husband is away droving sheep, leaving her to care for their children. Despite being heavily pregnant, Molly must keep various threats at bay.

THE DROVERS WIFE THE LEGEND OF MOLLY JOHNSON

Throughout the festival, filmmakers and attending talent from all Film Prize finalist films will walk the red carpet at Orana Cinemas ahead of each premiere.

All of this year’s Film Prize screenings can be paired with their unique In Conversation dining experiences, where you’ll hear from filmmakers what it was like bringing these projects to life. Each event will showcase the best food and wine the South West region has to offer whilst entertaining audiences with enlightening film discussions.

These popular events are set to sell fast, so be quick in securing your In Conversation tickets for Here Out West, [email protected] film Nitram, River and The Drover’s Wife The Legend of Molly Johnson online.

Tickets for the Early Bird program, including Opening Night premieres, special dining events and short film sets are also now available to secure online. You can download the official CinefestOZ app to search session times, book tickets and build your calendar of events during the festival.

The full film program for this year’s event will launch on Thursday 29 July with an exciting array of new and established filmmakers premiering their work. The festival also continues to diversify with the return of ‘Cinesnaps’, the dedicated schools program, and ‘IndigifestOZ’, a specific film program showcasing Aboriginal filmmakers.

CinefestOZ is proud to host the World Premiere of WA documentary Facing Monsters on Opening Night at the newly refurbished Margaret River HEART, directed by Bentley Dean (Contact, Tanna), from producer Chris Veerhuis (Red Dog: True Blue, Breath) and executive producer Susanne Morrison. Enigmatic free surfer Kerby Brown takes on some of the world’s deadliest slab waves as he attempts to reconcile his personal demons and fulfil a childhood dream. But at what cost?

Created by a talented team of WA filmmakers, Homespun shines a spotlight on the authentic lives and relationships in rural communities. The production, spearheaded by Kojonup producer, actor and writer Bec Bignell, had its crowd-pleasing World Premiere at CinefestOZ Albany earlier this year. Directed by Socratis Otto, the film follows two friends staging a variety show in a shed as they shine a spotlight on stories from the country, relying less on despair and more on the magic of life in the sticks. Over 100 regional Australians from all over WA were involved in this creative collaboration.

Front and centre for Bunbury’s Opening Night event is the endearing Love You Like That, written and directed by Eric C. Nash, having its World Premiere at CinefestOZ. With Cupid’s arrow firmly hitting the coastal town of Seafront Sands, this Australian seaside romantic comedy follows the lives, loves and losses of a community whose dynamics are thrown upside down by the arrival of a mysterious woman.

In Augusta on Opening Night, be the first to witness the World Premiere screening of the highly anticipated Akoni – directed, written and produced by Australian filmmaker Genna Chanelle Hayes. A Nigerian refugee struggles to integrate into Australian society, until he meets a woman who opens her home, and ultimately her heart, to him.