This year was Accessreel.com’s first outing to CinefestOZ Festival down in the South West. Over the years, I have heard from many colleagues talk about the Festival’s growing industry influence; finally, schedules aligned and Team Accessreel headed down to Busselton. The Festival is held over five days. This year’s screening program offered over 150 films, including 11 world premieres, 18 Australian premieres and 33 Western Australian premieres. There was also a mix of full-length features and short films as well as industry panels, lunches and Q&A sessions. The Festival also offers $100,000, making it Australia’s richest film prize. This year the films in contention included Ladies in Black, Jirga, 1% and The Merger. These were judged by the prestigious Film Jury headed by CinefestOZ 2018 Screen Legend Sigrid Thorton, Animal Logic CEO and producer Zareh Nalbandian, Western Australian actress Tasma Walton, WA producer Tania Chambers and actor Michael Caton. 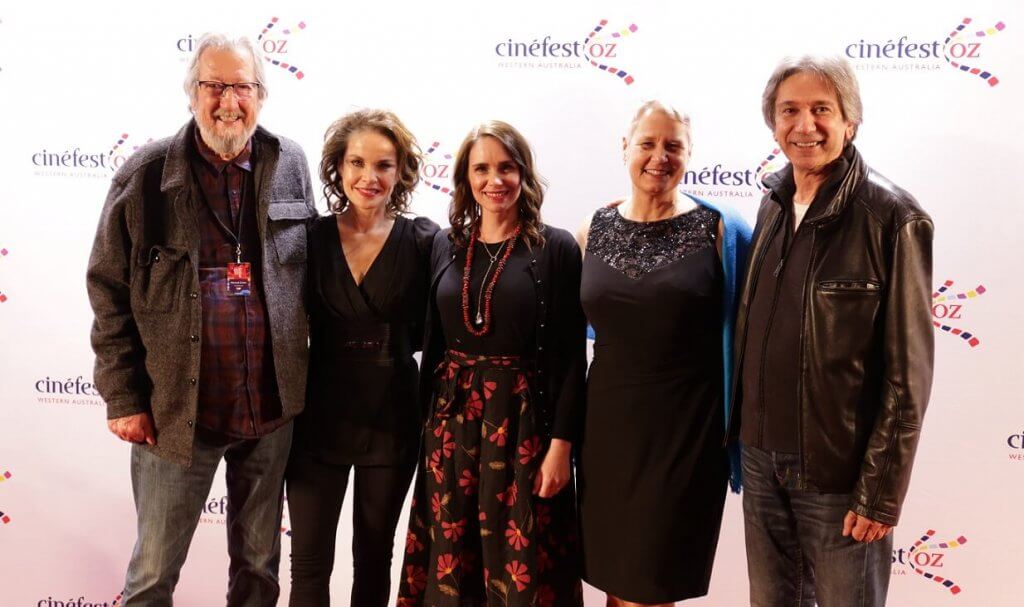 Over the Festival, we attended all the premieres for the film prize, some industry events and the Jury Lunch which was also the location for us to chat to three members of the Jury – those interviews will be coming very soon. We also sat down with the director  of The Merger, Mark Grentell and one of its stars, John Howard which will be here on the site closer to the film’s release. 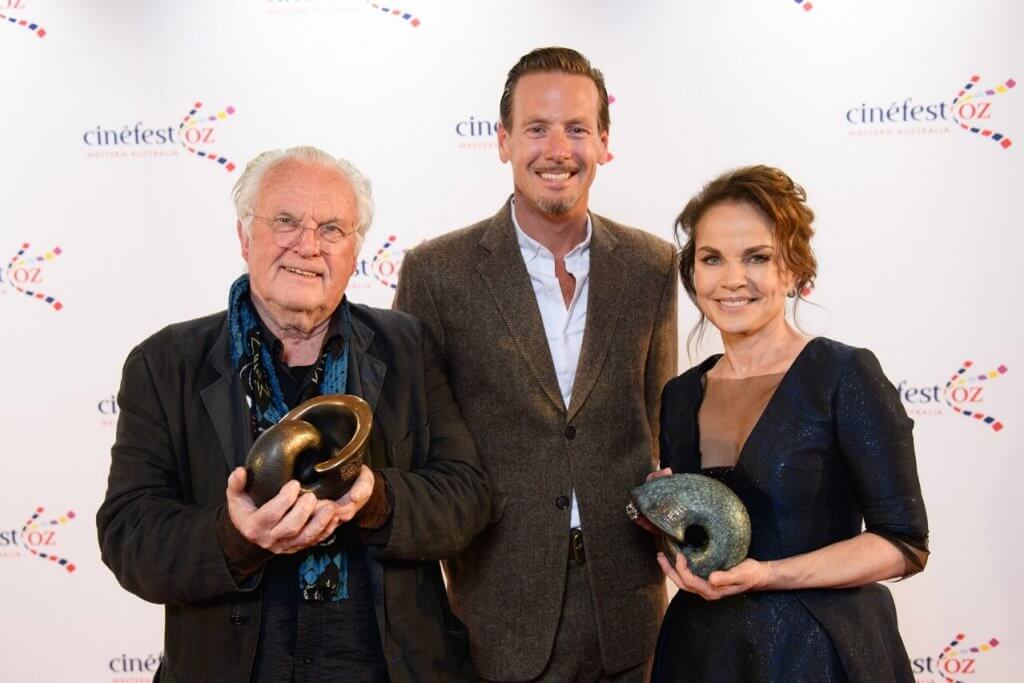 One of the events we attended was all about factual television and was moderated by Christian Horgan. It also featured WA filmmakers Julia Redwood of Prospero Productions, Celia Tait of Artemis Films and Ray Pedretti of Blizzard Road Productions. The panel was introduced by Screenwest CEO Seph McKenna and what followed was a relaxed, yet at times energetic discussion about WA’s factual television industry with every topic from pitching to what kind of ideas work and what do not.  One of the producers even showed us a clip from one of their upcoming programs. After the panel, lunch was provided and the conversation continued with the panellists welcoming everyone to come up and chat. One of the things I found great about CinefestOZ is the approachability of industry attendees. 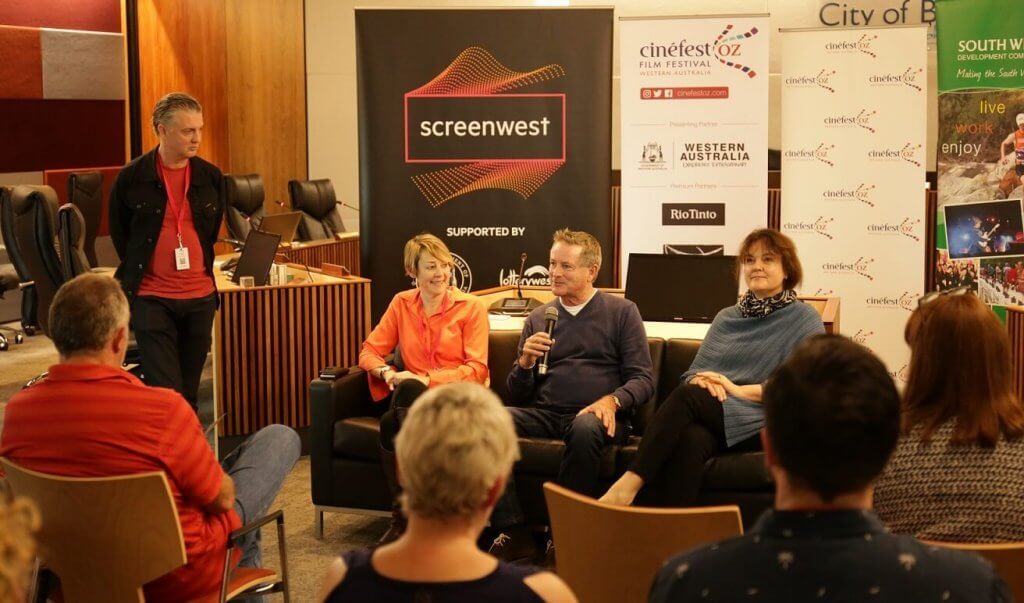 One of the biggest draw-cards to the Festival, other than the films and panels, is the Festival hub which we headed to after the Film Prize screenings. This year it was at the City of Busselton offices and kudos to them for letting CinefestOZ take over for the duration. It was a relaxed environment. The food was incredible, the wine from Forester Estate flowed and there was an opportunity to talk to everyone. It felt like a large gathering at a mate’s place. The directors, actors, producers, basically all the guests, were at the hub. At one stage, Travis Johnson from Filmink and I spent a good hour talking to John Howard about Mad Max:Fury Road. Michael Caton was there listening on, before Sigrid Thorton and Tasma Walton wandered over. The Festival isn’t just about the movies screened, it’s also about the experience of discussing the subject we’re all passionate about, with various members of the Australian film community. 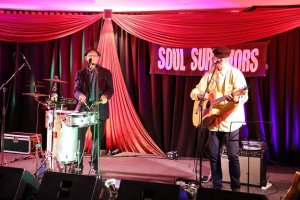 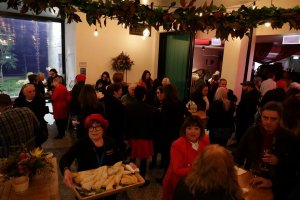 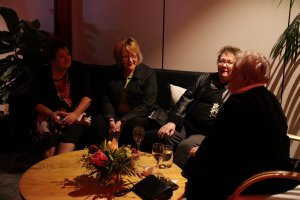 Moving on from the Festival Hub, we joined the Jury Lunch on the Saturday at Studio Bistro for an excellent three-course meal along with a Film Jury Q&A. There were other events of this nature throughout the Festival – including the Directors’ Lunch, In-Conversation Lunches for The Merger, 1% and the Film Prize Jury which featured a profusion of actors, directors and producers from the relevant projects. On offer was fascinating conversation with the people who create our on-screen identity and tell our national stories. 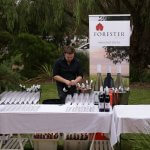 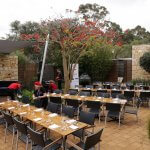 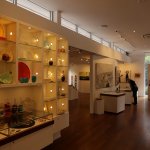 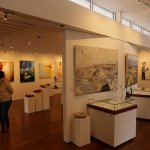 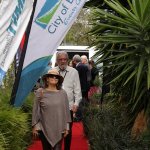 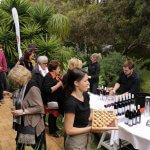 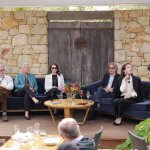 As I said at the top, this was our first time at CinefestOZ and I am keen to return with the team next year. It was great to see the entire South West getting on board, which included the 300-plus volunteers who make the Festival what it is. I would personally like to thank them, the CinefestOZ staff and the publicity crew for looking after us.

NOTE: Our interviews with Sigrid Thornton, Michael Caton and Tasma Walton will be coming soon.