CinefestOZ is over for another year. The 2019 edition was five days and nights of events throughout the southwest that all came together in a big Gala night on Saturday at the Orana Cinemas in Busselton. This was my second year at CinefestOZ and I will say it was definitely just as good, if not better than, the last. The movies in contention for the film prize this year were all top notch. I honestly felt sorry for the Film Jury headed by Rachel Ward and supported by Marta Dusseldorp, Glenn Gainor, Alex Dimitriades and Ben Young. They had a tough decision to make. In the end, H IS FOR HAPPINESS got the $100k, but the difficulty of the selection process proves that the calibre of Australian films is improving.

I manged to see all the films up for the coveted film prize, so let’s give them a quick rundown

This film launched the festival. It was a fitting choice as it was filmed in Busselton with a really great, young Aussie cast. Sadly, I can’t talk about the film in too much detail, as it’s not out until January 21, 2020. We will have interviews with the cast and director up later in the year.

The story is begins when Jack (William Lodder) and his single mother (Frances O’Connor) move to a small town in Western Australia and he gets involved in the competitive world of go-kart racing. Jack has natural talent but must learn to control his recklessness. To do that, he needs the help of aspiring engineer, Mandy (Anastasia Bampos), wise-cracking best mate, Colin (Darius Amarfio-Jefferson) and mysterious mentor, Patrick (Richard Roxburgh). Together, the team endeavours to overcome all odds and defeat the ruthless racer Dean (Cooper Van Grootel) to win the National Go Kart Championship. GO! is a high-octane Australian family film with heart.

This was an absolutely beautiful film with Hugo Weaving leading the cast with Hayley McElhinney, Andrew Luri and Bolude Watson supporting – incredibly it was the first time Andrew was in front of the camera. Prior to this, he was driving a dump-truck. His lack of experience in performance does not show in any way. The film is definitely one to keep an eye our for in the future.

The film is about an unlikely friendship that occurs between a war photographer (Hugo Weaving) and a South Sudanese refugee (Andrew Luri) due to a past tragedy. In going through the photographic evidence of that tragedy they unlock a mystery that might lead them both to salvation.

Hugo Weaving did a double act at this year’s CinefestOZ starring in two films. Here he takes on the Shakespearean play re-written by the late Damian Hill and Paul Ireland who also directs. This contemporary re-telling of Measure for Measure is an unlikely romance that ignites between a young immigrant Muslim girl and a young musician, set against Melbourne’s notorious commission flats, where a world of crime, drugs, and racial disharmony reign.

I love a good film score and this one from was from the opening frame, was incredible (Tristan Dewey, Tai Jordan). Add that to the amazing performances by the entire cast (Megan Hajjar, is a name you have to keep an eye out for) and you get a wonderfully constructed film that captivates you until the end. 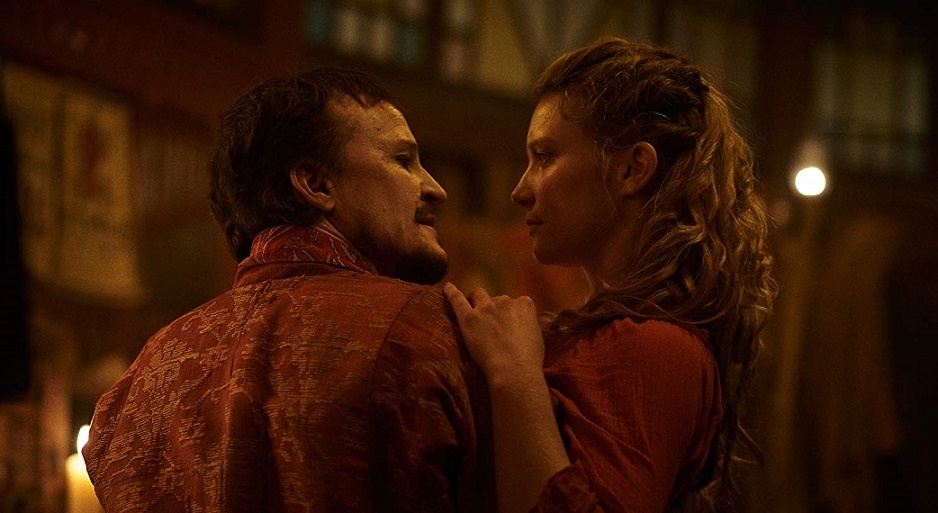 This is a hard one to put into words, it’s very rare we get to see an Australian film like this – it doesn’t look Australian in any way, so if you didn’t know that Damon Herriman and Mia Wasikowska were Aussies, you would have no idea about its country of origin. It is a dark film, but also incredibly funny in parts, the overall look and style of it will spike anyone’s interest. It is part fairy tale, part nightmare and some of it translates into an allegory of today’s society. I really enjoyed it.

In the anarchic town of Seaside, nowhere near the sea, puppeteers Judy and Punch are trying to resurrect their marionette show. The show is a hit due to Judy’s superior puppeteering, but Punch’s driving ambition and penchant for whisky lead to an inevitable tragedy that Judy must avenge.

In a visceral and dynamic live-action reinterpretation of the famous 17th century puppet show, writer director Mirrah Foulkes turns the traditional story of Punch and Judy on its head and brings to life a fierce, darkly comic and epic female-driven revenge story, starring Mai WWasikowska and Damon Herriman.

H IS FOR HAPPINESS

I honestly wasn’t sure what I was walking into with this one. I hadn’t watched the trailer or seen much about it, but was told by friends who had seen it, that it was wonderful. And it really was. Filmed in Albany with a great Aussie cast including young Daisy Axon (who is also in JUDY & PUNCH). She definitely brings the heart to the story alongside Wesley Patten who plays “Douglas Benson From Another Dimension”. I’m really intrigued to see how this film goes when it hits cinemas. I think one of the plot points is possibly a bit heavy for younger kids, but maybe that’s just me. It’s worth seeing the film and you’ll definitely laugh out loud numerous times and possibly even shed a tear.

Set in the colourful Australian coastal town of Albany, H IS FOR HAPPINESS is a classic feel-good film for all ages. Based on the award-winning book My Life as an Alphabet by Barry Jonsberg, it is the genuinely heart-warming and unflinchingly honest story of one twelve-year-old’s determination to bring her family back from the brink and spark happiness in their lives. Using an entirely unique approach, Candice Phee is an unforgettable heroine whose exploits will inspire and delight anyone who has faced the trials of adolescence and the heartbreak of family tragedy.

In conclusion, I think CinefestOZ’s success is the access you get. Yes, you get the general punter just wanting to seek out good films, drink some tasty wine and eat some great food, but you also get producers, directors, actors and basically the entire gamut of the film industry and if you feel the need to say hi or tell them you loved their film, you can do that. That even goes for the Film Jury. If you want to say hi, everyone is extremely welcoming…

The team and the volunteers of CinefestOZ are amazing, you won’t find a more passionate bunch¬, always smiles and hugs, and that was definitely part of the reason why I was dead keen on going back for a second year. Let’s hope there’s a third.