It’s been no secret that Marvel was hunting for its “Ant-Man” and rumours were coming thick and fast that Paul Rudd was the number 1 choice. Rudd was recently on the promotional tour for Anchorman 2 and denied his involvement many many times but it has now been confirmed by Marvel themselves that Paul Rudd will be playing ANT-MAN.

“When Edgar Wright came to us with the idea of Paul Rudd, we felt a huge sense of relief because the first step in creating any Marvel Studios film is finding the right star,” said Marvel head Kevin Feige. “We knew early on that we had found the right person in Paul. When he not only agreed to do it but became as enthusiastic as any actor we’d ever met with about doing the work, we knew we’d found the right guy. We couldn’t be more excited for our audiences to see what he’s going to do to bring Ant-Man to life.“

Edgar Wright (Hot Fuzz) is the man behind the camera for the film premiered a “test” video they did at Comic Con last year (see screen shot below) of what Ant-Man could possibly look like, other then that not too much is know about the film including what other cast are on board. 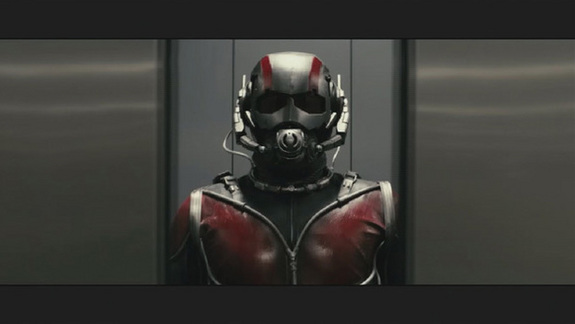 Since I know nothing about who or what Ant-Man is other then hes a Superhero, here’s what wikipedia says about Ant-Man
Ant-Man is the name of several fictional characters appearing in books published by Marvel Comics. Ant-Man was originally the superhero persona of Henry Pym, a brilliant scientist who invented a substance that allowed him to change his size. Henry Pym was created by Stan Lee, Larry Lieber and Jack Kirby and first appeared in Tales to Astonish #27; his first appearance in the Ant-Man persona was in Tales to Astonish #35.
Biophysicist and Security Operations Center expert Dr. Henry ‘Hank’ Pym decided to become a superhero after discovering a chemical substance (Pym Particles) that would allow the user to alter his size. Armed with a helmet that could control ants, Pym would shrink down to the size of an insect to become the mystery-solving Ant-Man.He soon shared his discovery with his girlfriend, Janet Van Dyne, who became his crime-fighting partner as the Wasp. The duo would become founding members of the Avengers, fighting recurring enemies such as the mad scientist Egghead, the mutant Whirlwind, and Pym’s own robotic creation Ultron.
Marvel’s Ant-Man is due for release in the US July 2015, so I would expect us to see it about the same time.