It is only a week away from its official release in Australia but Crazy Rich Asians has already topped the box office in America and Canada. So can it do the same here?

Since its debut a week ago, Crazy Rich Asians took in over $34 million within the first five days, even more impressive that it has yet to be fully released internationally. Crazy Rich Asians also achieved what many other releases in the same genre have failed to do in the last three years – and that is opening strongly at the box office.

Based on a best selling novel by Kevin Kwan, Crazy Rich Asians tells the story of a New York based University professor who travels with her boyfriend to his home country of Singapore. There, she discovers that her boyfriend comes from a very rich family and quickly learns of the lives of the elite. 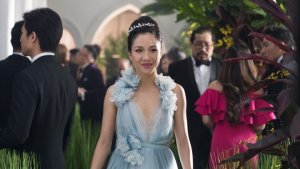 The film, starring actress Constance Wu and newcomer Henry Golding, is the first Hollywood English-language movie to feature an all-Asian cast since The Joy Luck Club, which was released in 1993.

Based on its popularity with movie goers overseas and the marketing of it in Australia, it would be safe to assume Crazy Rich Asians will do very well with Australian audiences too.

An interesting side note, I was actually in Singapore while they were filming and saw the cast and crew shooting a scene at the Gardens by the Bay. Even back then I had a feeling this movie would capture a lot of attention internationally.

Crazy Rich Asians will hit Australian cinemas on the 30th of August.