Lionsgate has confirmed the dystopian sci-fi adventure Chaos Walking is set to be released on March 1, 2019. The film will star Tom Holland as Todd Hewitt, and Daisy Ridley as Viola. Nick Jonas will also be joining them, along with David Oyelowo, who will be playing the film’s antagonist, Aaron. 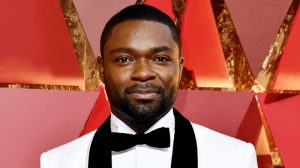 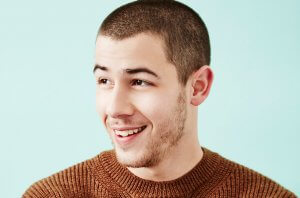 Nick Jonas has also been cast

The film is based on Patrick Ness’s Chaos Walking Trilogy, the first book of which, ‘The Knife of Never Letting Go’, was published in 2008. It has been a long anticipated movie for fans of the series. The book is set on the dystopian colony planet New World, which harbours a germ that makes all thoughts audible as a never-ending stream of noise. In Prentisstown, there are no secrets. Only 146 remaining men, one boy, and no women. Until, just one month away from the birthday that will make Todd Hewitt a man, he stumbles upon something impossible. Pursued by the angry townsfolk, Todd must flee with his loyal dog Manchee and uncover the truth that has been hidden from him his entire life.

The film is set to be directed by Doug Liman, with Allison Sheamur and Doug Davison as producers. The screenplay will be written by Patrick Ness, Charlie Kaufman and John Lee Hancock.

It will be interesting to see how the Noise is represented on screen, as in the books it is portrayed as overlapping texts in different sizes and fonts. The book’s protagonist is also supposedly 12 years old at the novel’s beginning. Tom Holland is 21 and Daisy Ridley is 25, but hopefully this casting choice doesn’t negatively affect the tone of the film. This avid fan is hoping they do justice to Ness’ young adult masterpiece. 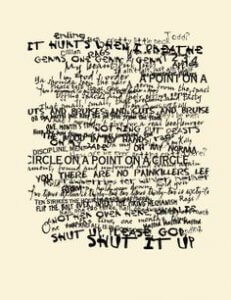 How the Noise is represented in Ness original books