Danger Close: The Battle of Long Tan Trailer gets a brand new trailer and Poster!

One of the aussie films I have been excited to see all year is finally now only a few months away… Danger Close: The Battle of Long Tan is coming to cinemas August 8 and we have final trailer and poster below.

The dramatic new trailer follows Major Harry Smith (Fimmel) as he leads a dispersed company of 108 young and mostly inexperienced Australian and New Zealand soldiers as they fight for their lives, holding off an overwhelming enemy force of 2,500 battle hardened North Vietnamese soldiers. Finding strength in each other amid a furious battle, the trailer shows the heroism, mateship and sacrifice made by Delta Company at the Battle of Long Tan, one of the most savage and decisive ANZAC engagements in Australian military history. 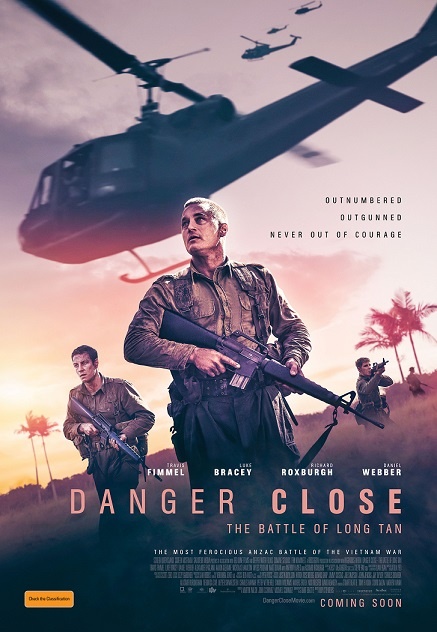 “DANGER CLOSE: THE BATTLE OF LONG TAN is an Australian epic, inspired by an incredible ANZAC story. This trailer showcases the dedication of the filmmaking team to this story and we can’t wait for audiences to embrace the film when it’s released in cinemas,” said Transmission Films Joint Managing Directors Andrew Mackie and Richard Payten.

“After the overwhelming response to our first teaser trailer, we are very excited about releasing this new trailer and poster. Our cast and crew have put their hearts and souls into the making of this important film and we are all eagerly counting down the days until audiences can see and experience it for themselves,” said Producers Martin Walsh, John Schwarz and Michael Schwarz.