Award winning writer and artist Darwyn Cooke has passed away, the 53 year old died as the result of an aggressive form of cancer on May 13, 2016. His family made an announcement on his official blog, stating that he passed surrounded by friends and family at his home in Florida.

For those who don’t know, Cooke had a very identifiable visual style for which he became well known for. His art took the sensibilities of classic eras and gave them a uniquely contemporary look, with works ranging across multiple genres of comics.

Over time he worked for both DC and Marvel, working on Catwoman, X-Force, and became heavily involved in the DC “Before Watchmen” event published in 2012. But it was in 2004, that what is arguably his most significant piece of work “DC: The New Frontier” was released.

Set post World War 2, he both wrote and drew the story which featured DC’s iconic heroes and received Eisner awards for Best Limited Series, Best Colouring, and Best Publication Design.  Drawing inspiration from the era, New Frontier tells the story of superheroes uniting amidst a society that doesn’t want them, to battle an alien presence that threatens earth. It’s an engaging, inspiration and heartfelt story that showcase superheroes as icons of hope.

Darwyn’s work personifies the elements of hope, inspiration, and heroism in superheroes, everything that I see missing from the DC Cinematic Universe currently unfolding on our screens, an influence that is desperately missing and would add so much on their translation onto the big screen. DC: New Frontier did however, receive an animated adaptation in 2008.

Darwyn’s influence in the comic book industry will be missed, and his works will continue to be celebrated in the years to come. 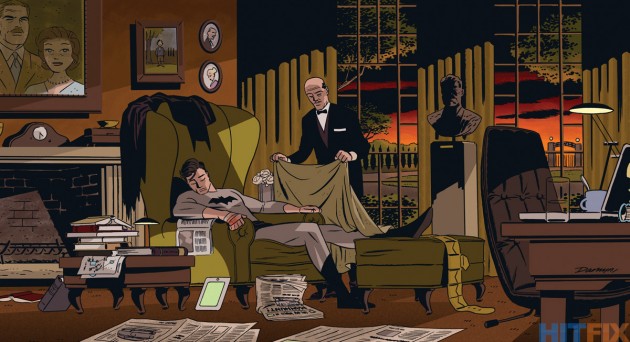