On September 26 Transmission Home Entertainment will be releasing coming-of-age flick HICK, starring Chloe Grace Moretz, Blake Lively and Eddie Redmayne and accessreel.com got a chance to have a chat with the films director Derick Martini.

It’s a really great film, eventhough the subject matter is a tad full on at times performance wise its fantastic. Chloe Moretz shines as Luli McMullen she just continues to impress with every role she picks up…

On what the film is about –

The story is a cautionary tale about a 13 year old girl who comes from a poor background and has some really bad parenting going on and she is abandoned emotionally and physically by them so she chooses to change her life by hitting the road and changing her life so in a way its a coming of age story/cautionary tale about a very vulnerable time in a young persons life where they can make mistakes but still survive and overcome.

I passed on the movie a few times as it was very dark material, difficult material… I have two young daughters so I couldn’t help but think 10-15 years from now they will be looking at this movie going ‘Wow you made this movie’ but I had my wife read it and she said its a story worth telling then I sort of turned around on it and looked at it as a coming of age story told from a females point of view during a very vulnerable time in her life and most movies are set as a males point of view and what was unique about this was the female point of view and I don’t think its been done as realistic and harsh on film as Andrea’s book depicted it. 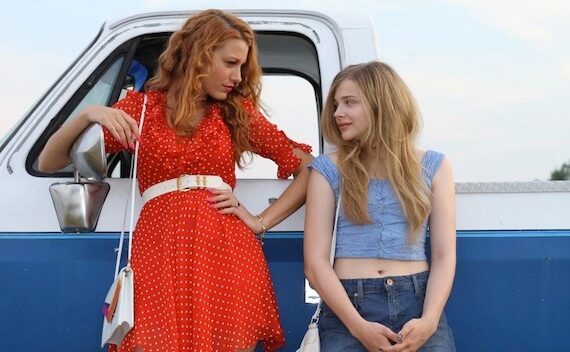 Your first film Limelyfe came out in 2009, what sort of challenges did you have working on that film compared to Hick –

I had similar challenges where they were both low budget and with a low budget you don’t have a lot of time so that’s always been the largest challenge, there’s never enough time but that’s a good thing and a bad thing where you don’t have all the time in the world to shoot a scene so your under a bit of pressure to get the scene right so it forces you to think harder and be more creative so that’s really a good thing. I could sit here and complain about time and shortened schedules but in the end you make choices which make the film better and if your smart and good at what you do you end up making choices and sacrificing certain things in order to enhance other things that are more important to tell the story. I view these obstacles something that forces me to be more creative.

Casting Hick was it a difficult process –

Well I wanted to use Alec and Rory from Limelyfe so that worked well, but it was difficult to find a girl that was 14 years old to pull this off but my casting director showed me a scene from Kick-Ass the scene where Nicholas Cage shoots Chloe Moretz with the gun and turns out shes wearing a bullet proof vest then I met Chloe and from one meeting and a couple of conversations I had the confidence she could do it, I didn’t get her to read or anything like that. It was the same thing with Blake Lively I had a meeting with her and discussed the character and the story/tone and I had seen her work in ‘The Town’ and I thought she did remarkably well in that so once again I didn’t get her to read and that’s just me I’m very confident working with actors so I don’t really like the have to sit there and torture themselves auditioning for me. Great Actors won’t do a part if they don’t think they can do it and when they come to you when you have great actors which I have been blessed and fortunate to have great actors in my movies when they come to me and we talk about it they wouldn’t bother having the conversation with me if they didn’t think they could do it. It all has to do with an actors instincts they are really important to me, I direct on instinct and its very very important so I end up working with those sorts of actors. 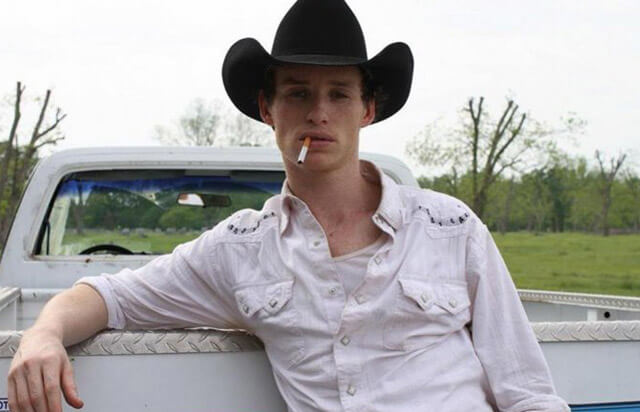 My agent took me to see his play in New York when he did ‘Red’ and I loved him in the play and I thought to myself I was going to work with this guy. So when Hick came around shortly there after everybody wanted me to chase like Matthew McConaughey to get more money for the movie but I wanted an actor who was really keen to do this and he was that brilliant in ‘Red’ I knew he could do it. So I skyped him he read the script and I asked him to do the part and if he could do it.. So we had a really long conversation about it but I just thought to myself if we didn’t have someone like Eddie playing the part Chloe’s character would never get back in the car and I just knew he would pull it off.

Blake did a lot of research on the character, she read the book and she’s a very hard worker. She’s got a pretty firm grasp on what and who this character was and for me directing her is really just you know I’m not there to scream at her or to baby her but I’m there to take her our of her comfort zone so I’m happy she did all her home work and fully committed to the role. It really made me happy plus it also made it interesting she loved the role and was surprised by it and that was really the idea. Shes takes direction extremely well but sometimes the best direction is no direction, I think some directors don’t get that they think they have to go and set every look and its just not about that not at all, you have to trust your actors and get the most organic and truthful performances from them.

HICK is available to purchase on DVD, Blu-ray and Digital Download on the 26th of September, I think its defintely worth taking a look at.