Disability Is Not A Costume: Alec Baldwin Criticised for Portraying Blind Man in Upcoming Film

The Ruderman Family Foundation, a leading disability rights group, has recently criticised the upcoming film Blind for casting Alec Baldwin in the role of a blind novelist, who loses his sight in a car crash. Jay Ruderman, the foundation’s president released a statement in which he said that;

“Alec Baldwin in Blind is just the latest example of treating disability as a costume.”

Unfortunately, it’s a paradoxical cycle of there being a limited number of differently-abled actors available to play major roles, because these title roles are usually given to well-known actors in order to draw in an audience, and therefore they are not cast in these roles because of the limited number available. Louise Dyson, the managing director of visABLE, a talent agency that represents disabled actors, presenters and models, notes that this is a common “…catch-22 – until disabled actors are given the boost they need to make them big names, then that’s going to be a self-fulfilling prophecy.” It’s widely understood that big budget studios run purely for profit, unlike independent studios that tend to be more open to choosing the right actor, over the well-known one.

Obviously, there may be certain cases where there is not an actor able to portray the role effectively, whether it is due to the extremity of their impairment or the degenerative nature of their impairment in the film. Films like The Black Balloon (2008) and The Theory of Everything (2014), throw up interesting and controversial examples of how far differently-abled actors and special effects could go, and whether these cases are more adequately portrayed by the able-bodied. However, in cases where there is no differently-abled actor for the role, these bodies and their stories shouldn’t disappear from our screens, because the representations and visibility of these bodies remain desperately important. But, where possible, actors with the skill set and real-life impairment should be given roles that match their abilities, and chosen over the big name that will reel in audiences. This is not even touching on what Dyson adds as another important obstacle facing differently-abled actors, which is being cast in roles that are not specified as disabled in the script. 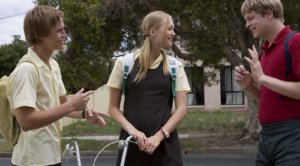 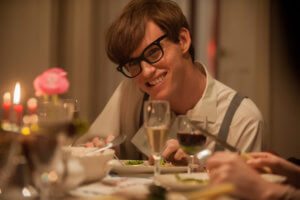 Another example which caught my eye recently is the film Stronger, coming out later this year, starring Jake Gyllenhaal and Tatiana Maslany. In the film, a victim of the 2013 Boston Marathon bombing loses both his legs and faces months of gruelling physical and emotional rehabilitation, whilst helping the police track down the bombers. It stands to reason that the protagonist spends the majority of the film without the lower half of both his legs, as seen in the trailer, and it becomes an interesting example where an actor with the same real-life impairment could have been cast. In the film’s earlier scenes, where the protagonist is able-bodied, some clever camera work, CGI and special effects could have been employed, to conceal the actor’s real-life prosthetics, instead of spending the same time and money CGI-ing Gyllenhaal’s legs off. 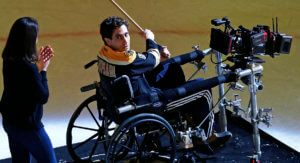 Just as we would no longer accept an actor of a certain race to portray someone of another race as we did decades ago, I think it’ll take a few more years before we look back and wonder why we celebrated films in which disability is treated as a costume to be performed by able-bodied actors. Disability studies is a relatively new field within cultural studies, as is the recent broadening of gender terms, so perhaps in the future we will be seeing more actors playing the roles that suit their bodies, instead of having the cis-het playing the transgender kid, the sighted man playing the blind man, just as we would not accept a white man playing a person of colour. The most important thing for casting agents, directors, writers, and for us the audience, is to remember this when we see films like Blind, to demand better of the studios, and above all to listen when organisations like The Ruderman Family Foundation, who provide a voice for disadvantaged peoples, speak up about the issues they deem important to them and the people they represent.