Dreamt of going to the Moon? Apollo 18 will change that!

Well here we go again another one of those films with ‘Found Footage’ even Bob Weinstein head of Dimension Films has chimed in saying “We didn’t shoot anything, we found it. Found baby!” So there you have it, ever wanted to know why Apollo 17 was the last mission to the moon and the reason why NASA decided to never go back? I for one quite enjoy these films, I loved ‘Cloverfield’ and even going back to 1999 with ‘The Blair Witch Project’ which really started the whole “fad” of these “found footage” films. Anyways I for one will be hanging out to see this.

Theres no official synopsis yet, other then “About the real mission to space in the 1970s that was canceled by NASA” so there you have it, check out the first released Russian Poster and the trailer below, its due to hit American Cinemas on the 22nd April and in Australia on the 12th May. 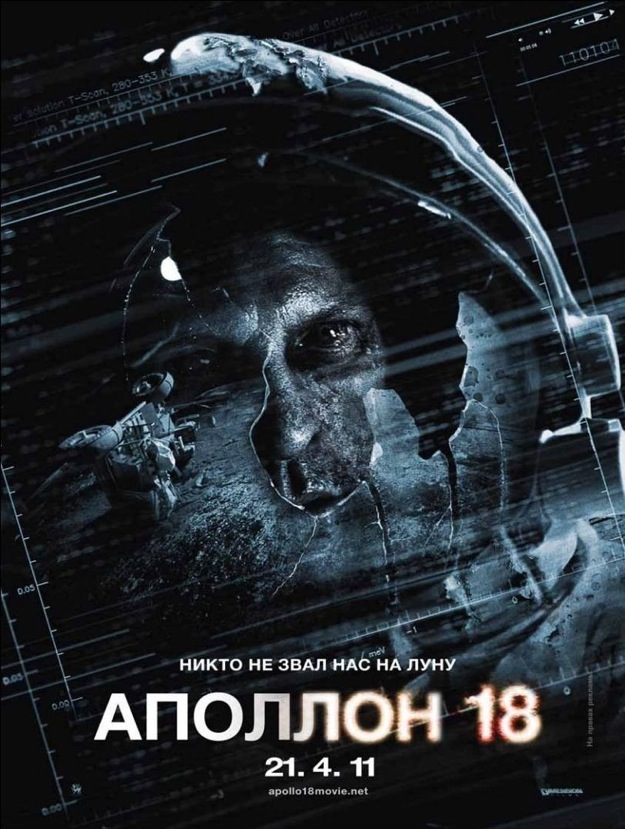