Previously we reported about Karl Urban’s comments regarding the new Judge Dredd film while he was on the promotional junket for his latest film ‘Red’. At the time it was expected that filming would begin within about two months and that certainly has turned out to be the case as the first image from the set has hit the net.

The image which was shared by series artist ‘Jock’, reveals Urban in costume on the set of the film which is being directed by Pete Travis. 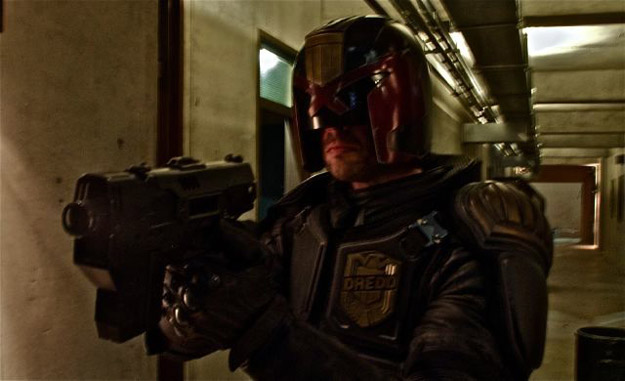 ‘Dredd’, which is the films current title, also stars Olivia Thirlby and Langley Kirkwood with a screenplay by Alex Garland who also wrote the Danny Boyle directed films ‘Sunshine’ and ’28 Days Later’.

Getting excited for more Dredd at the cinema? Still trying to forget the last adaptation with Stallone? Let us know what you think in the comments section below.