Single Ladies is the story of a controversial radio show run by two strong, confident women attempting to navigate the murky waters of relationships. As radio hosts, on air Nina (Alexandra Nell) and Catherine (Megan Hollier) are successful women, offering advice and talking about the dos and don’ts of the dating world; off air they’re an absolute mess. After learning that their radio show has been cancelled and replaced by a male shock jock duo who are anything but PC, Nina and Catherine go all out in an attempt to save their show. 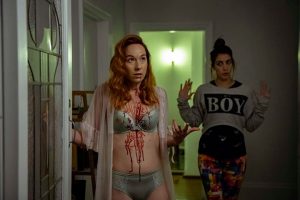 Single Ladies is a celebration of women as funny, outspoken, sexual and opinionated, speaking the language of hook-up culture and sex positivity. The series brings together lead actors and co-creators Alexandra Nell (Koko: A Red Dog Story, Rattlesnake) and Megan Hollier (The Heights), with directors Gemma Hall, Jacqueline Pelczar and Mimi Helm.

Director Gemma Hall said of her new series: “It’s really important to give agency to the people you’re representing. So many female stories are told by men, it just doesn’t make sense to me. Having all the ladies up front on this meant that we gave women the control over a story that belongs to them.”

“There’s still so many untold stories about women and other minorities yet to be explored. Our culture has been focused on male experiences for so long, it’s refreshing anytime you get to see things from a new perspective,” added co-director Mimi Helm. 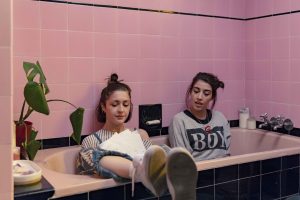 The principle production for Single Ladies was funded by Screen Australia and Screenwest as part of their short form ‘Elevate’ initiative. Single Ladies is currently enjoying a successful international festival run, with official selection at the 2019 Pilot Light, Seoul and Sicily Web Festivals and screening at Melbourne WebFest over the weekend.