There has been some exciting news in the last few days in the world of TV and film so we thought we’d pick out a few highlights of what’s been happening.

The chainsaw/shot-gun wielding demon fighting hero from the Evil Dead film trilogy which ended with Army of Darkness back in 1992 will be back in screens in 2015, picking up around 30 years after we last saw Ash return to the modern era.

Ash vs Evil Dead has been written by Sam Raimi, Ivan Raimi, and Tom Spezialy (Chuck, Reaper), with Sam Raimi set to direct the first episode in the series while also serving as executive producer, along with Bruce Campbell.

Back in film news and Matt Damon has gone on the record to say he’s definitely reprising his role of Jason Bourne. Damon’s last performance as Bourne was in 2007’s The Bourne Ultimatum, after which the actor never displayed any interest in returning to the series without director Paul Greengrass. Well it seems both of them are heading back to the series and targeting a 2016 release window for the new film.

Lastly some comic book film news, recently we’ve been bombarded with announcements from Disney and Warner Bros. on their line-up of upcoming Marvel and DC films. Well the DC line-up includes a team-up film called the Suicide Squad, the squad has gone through a number of incarnations and revitalisations over the years (since the 1970’s in fact), the latest version of which exists in the DC New 52 line-up of books.

One of the members is the increasingly popular character Harley Quinn (who first appeared in the Batman animated series of the 1990’s), and rumours are indicating that aussie actress Margot Robbie has been cast in the role. 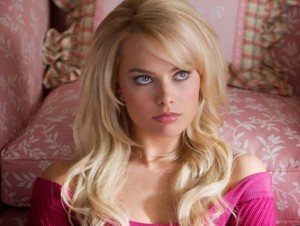 Robbie recently appeared opposite Leonardo DiCaprio in The Wolf of Wall Street where she received positive reviews for her performance. Suicide Squad is slated for a 2016 release.