Hard to believe the first half of 2019 is nearly over and we have had a pretty great run of films this year so far BUT we still have six months to go and I thought I would give you a little snapshot of the films worth adding to your calendars for the rest of the year!

This page may take a little time to load as its full of movie trailers and images!

Peter Parker returns in Spider-Man™: Far From Home, the next chapter of the Spider-Man™: Homecoming series! Our friendly neighbourhood Super Hero decides to join his best friends Ned, MJ, and the rest of the gang on a European vacation. However, Peter’s plan to leave super heroics behind for a few weeks are quickly scrapped when he begrudgingly agrees to help Nick Fury uncover the mystery of several elemental creature attacks, creating havoc across the continent!

On the eve of their high school graduation, two academic superstars and best friends suddenly realize that they should have worked less and played more. Determined never to fall short of their peers, the girls set out on a mission to cram four years of fun into one night.

Simba idolises his father, King Mufasa, and takes to heart his own royal destiny. But not everyone in the kingdom celebrates the new cub’s arrival. Scar, Mufasa’s brother—and former heir to the throne—has plans of his own. The battle for Pride Rock is ravaged with betrayal, tragedy and drama, ultimately resulting in Simba’s exile. With help from a curious pair of newfound friends, Simba will have to figure out how to grow up and take back what is rightfully his.

Late afternoon August 18, 1966 South Vietnam – for three and a half hours, in the pouring rain, amid the mud and shattered trees of a rubber plantation called Long Tan, Major Harry Smith and his dispersed company of 108 young and mostly inexperienced Australian and New Zealand soldiers are fighting for their lives, holding off an overwhelming enemy force of 2,500 battle-hardened Viet Cong and North Vietnamese soldiers. With their ammunition running out, their casualties mounting and the enemy massing for a final assault, each man begins to search for the strength to triumph over an uncertain future with honour, decency and courage.

Once Upon a Time in Hollywood – August 15

Quentin Tarantino’s Once Upon a Time… in Hollywood visits 1969 Los Angeles, where everything is changing, as TV star Rick Dalton (Leonardo DiCaprio) and his longtime stunt double Cliff Booth (Brad Pitt) make their way around an industry they hardly recognize anymore.   The ninth film from the writer-director features a large ensemble cast and multiple storylines in a tribute to the final moments of Hollywood’s golden age.

Evil resurfaces in Derry as director Andy Muschietti reunites the Losers Club—young and adult—in a return to where it all began with “It Chapter Two.” Because every 27 years evil revisits the town of Derry, Maine, “It Chapter Two” brings the characters—who’ve long since gone their separate ways—back together as adults, nearly three decades after the events of the first film.

She leaves school at 15 to become a jockey and after early failures she finds her feet, but a family tragedy, followed by her own near fatal horse fall all but ends the dream. But with the love of her dad and her brother Stevie, Michelle will not give up. Against all the medical advice, and the protests of her siblings, she rides on, and meets the Prince of Penzance. Together they overcome impossible odds for a shot at the dream: a ride in the 2015 Melbourne Cup, at odds of 100 to 1. The rest is history.

Ride Like A Girl is the incredible true story of Michelle Payne.

“Joker” centers around the iconic arch nemesis and is an original, standalone story not seen before on the big screen. Phillips’ exploration of Arthur Fleck (Phoenix), a man disregarded by society, is not only a gritty character study, but also a broader cautionary tale.

No trailer or full synopsis yet! But you can see the first image above next to the original film 10 years ago!

“Doctor Sleep” continues the story of Danny Torrance, 40 years after his terrifying stay at the Overlook Hotel in The Shining. Ewan McGregor, Rebecca Ferguson and newcomer Kyliegh Curran star in the supernatural thriller, directed by Mike Flanagan, from his own screenplay based upon the novel by Stephen King.

The past is not what it seems.

Every generation has a legend. 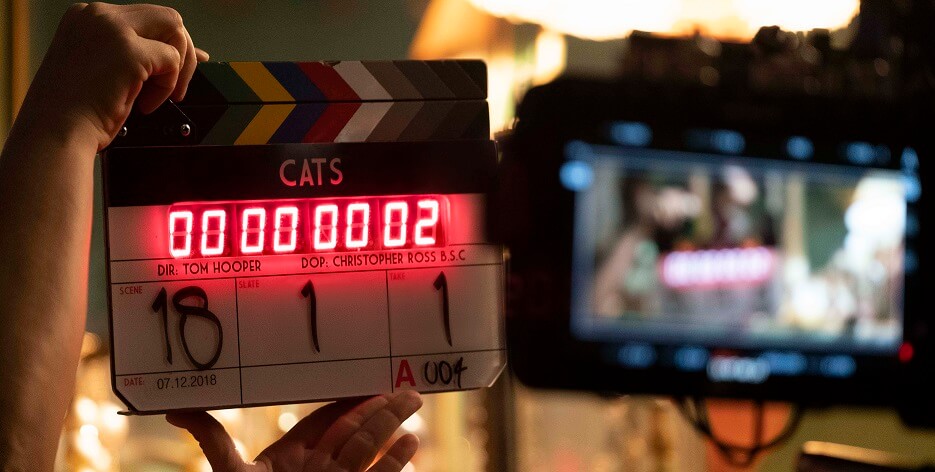 An awkward young German boy whose only ally is his imaginary friend Hitler has his naïve patriotism tested when he meets a young girl who upends his world views. Directed and starring Taika Waititi and Scarlett Johansson.

Lastly two great film festivals will be kicking off in WA for the second half of the year aswell – Revelation Film Festival from July 4th and Australia’s biggest film prize in CinefestOz on August 28!