Previously announced CinefestOZ Jury Chair Rachel Ward will be joined by Marta Dusseldorp, Glenn Gainor, Alex Dimitriades and local Perth Director Ben Young to decide the coveted winner of Australia’s biggest Film Prize of $100,000! GO! [email protected] film H is for Happiness, Hearts and Bones, Judy & Punch and [email protected] drama Measure for Measure are all in the running for the Film Prize, which will be announced on Gala Night at the festival on 31 August. 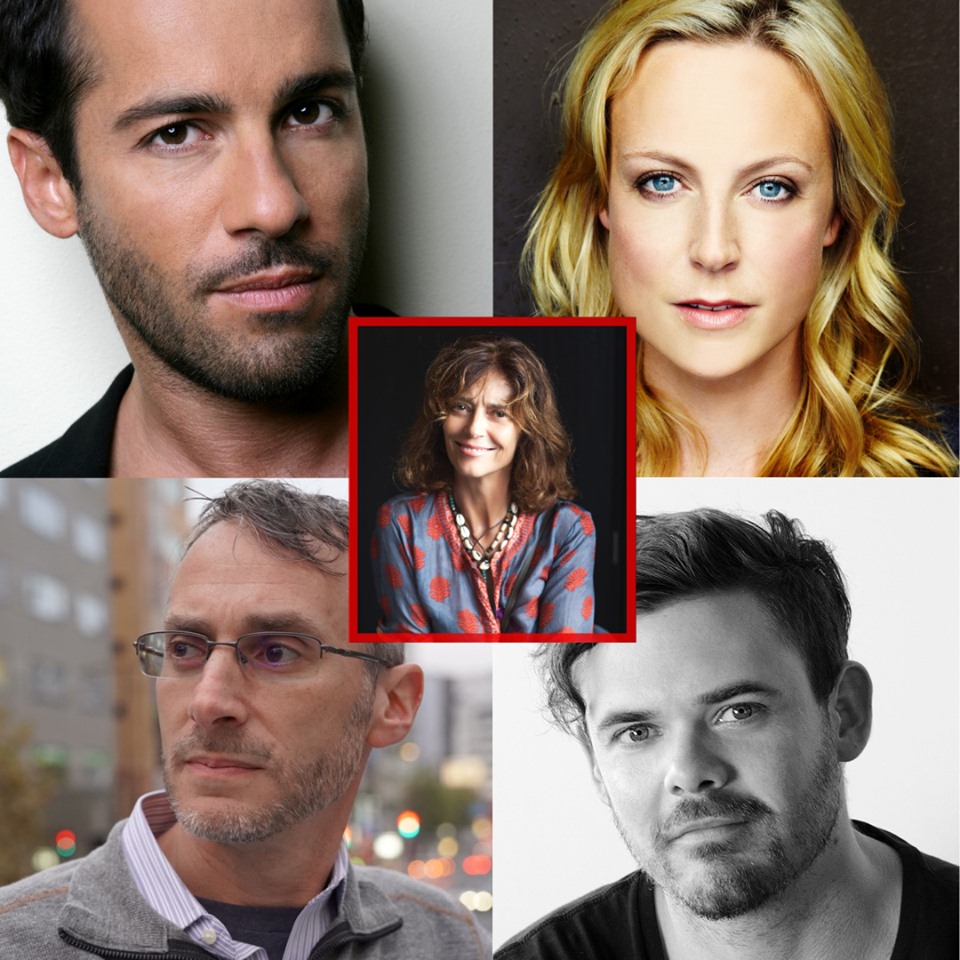 Alex Dimitriades made his acting debut with the hit feature film, The Heartbreak Kid, followed by an outstanding turn in Head On (Cannes Film Festival selection) earning his first AFI Best Actor nomination in 1998 and Film Critics Circle of Australia winner for Best Actor. He also received a supporting actor nomination from AFI in 2001 for his role in La Spagnola. Other film performances include Three Blind Mice, Ghost Ship, Deuce Bigalow, Kings of Mykonos, Summer Coda, The Infinite Man. Dimitriades received a 2015 AACTA Award nomination for Best Supporting Actor for his performance in Ruben Guthrie, the film adaptation of Brendan Cowell’s critically acclaimed stage play.

In 2012, Dimitriades won the 2012 AACTA award for Best Lead Actor in a TV drama for critically acclaimed ABC miniseries The Slap and also played the title role in the SBS drama The Principal, directed by Kriv Stenders and produced by Ian Collie.  He has starred in acclaimed series’ Seven Types of Ambiguity directed by Glendyn Ivin, Matt Saville and Ana Kokkinos; Matchbox Pictures’ Wanted and Secret City alongside Jacki Weaver and Damon Herriman and in Network 10’s Wake in Fright, directed by Kriv Stenders. Dimitriades was most recently seen in The Cry on ABC, alongside Ewen Leslie and Jenna Coleman, and the Netflix series Tidelands.

Marta Dusseldorp has worked extensively in theatre, film and television and is one of Australia’s most recognised actresses. She received an AACTA Award for Best Lead Actress in a TV Drama for ABC’s Janet King in which she plays the title role and is also an associate producer. She stars in the popular series, A Place to Call Home for Foxtel and in the Jack Irish series opposite Guy Pearce. Her numerous other television credits include the six-part Blackjack telemovies opposite Colin Friels, Devil’s Dust, and the award-winning mini-series After the Deluge.

Along with a wealth of experience on stage, including being a member of Sydney Theatre Company’s Actor’s Company where she received a Helpmann Award for her role in Shakespeare’s War of the Roses, her film credits include Paul Cox’s award-winningInnocence, John Curran’s Praise, Bruce Beresford’s Paradise Road opposite Glenn Close, Frances McDormand and Cate Blanchett, Jonathan Teplitzky’s Burning Man and most recently to be released, Ellie & Abbie directed by Monica Zanetti.

Gainer is also Head of Physical Production for Screen Gems, a label under the Sony Pictures Motion Picture Group umbrella which has been involved with several high-grossing movies such as The Intruder, The Perfect Guy, No Good Deed, Think Like a Man, Friends with Benefits, and Obsessed.

Ben Young has forged a career as a writer/director working in commercials, music videos, series television, short films and feature film. He has directed 25 music videos including the Aria nominated John Butler Trio video Only One.

In 2016, Young completed his debut feature film Hounds of Love, which has screened in competition at some of the most prestigious film festivals in the world, including Venice, SXSW and Tribeca, to rave reviews. His follow up feature film, Extinction, was released worldwide on Netflix on 27 July last year.

CinefestOZ is widely acknowledged as Australia’s premier destination festival and is firmly committed to bringing the Australian film industry together in a supportive environment within the spectacular South West region of Australia.

The CinefestOZ Film Prize was established in 2014 to recognise excellence in Australian filmmaking and is awarded on Gala Night by a five-member industry jury, this year presided over by Rachel Ward.

Ward has directed and written film and television projects in Australia for the past 15 years, and is a multi-Golden Globe nominated actor. Her films, which have garnered multiple award nominations and wins, include Beautiful Kate, starring Ben Mendelsohn and Rachel Griffiths, which received 11 AFI awards; the ABC mini-series An Accidental Soldier, which received an ACCTA nomination for Best Director and Best Film; and Showtime’s six-part series Devil’s Playground, which won the Logie for Most Outstanding Miniseries or Telemovie.