Angelina Jolie has just started shooting her film UNBROKEN here in Australia and we have just received the first images from the shoot plus the full cast list and synopsis.

Director Jolie began shooting some of the most dramatic and challenging scenes on Wednesday, October 16, on location far out at sea in Moreton Bay, Australia, with Zamperini (O’Connell) and his fellow airmen—Phil (Domhnall Gleeson) and Mac (Finn Wittrock)—having impossibly survived being adrift in the open Pacific for several weeks. 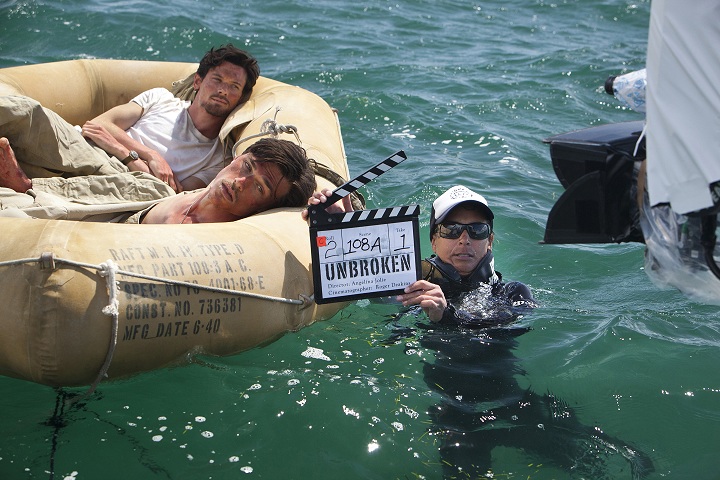 Working with cameras on a floating rig in choppy waters and braving the elements, with actors dieting for months to appear as depleted as their characters, Jolie completed a successful first day of a location shoot that promises to be rigorous and uniquely challenging.

Starring alongside O’Connell, Gleeson and Wittrock are Garrett Hedlund and John Magaro as fellow POWs who find an unexpected camaraderie during their internment, Alex Russell as Zamperini’s brother, Pete, and in his English-language feature debut, Japanese actor Miyavi as the brutal camp guard known only to the men as “The Bird.” 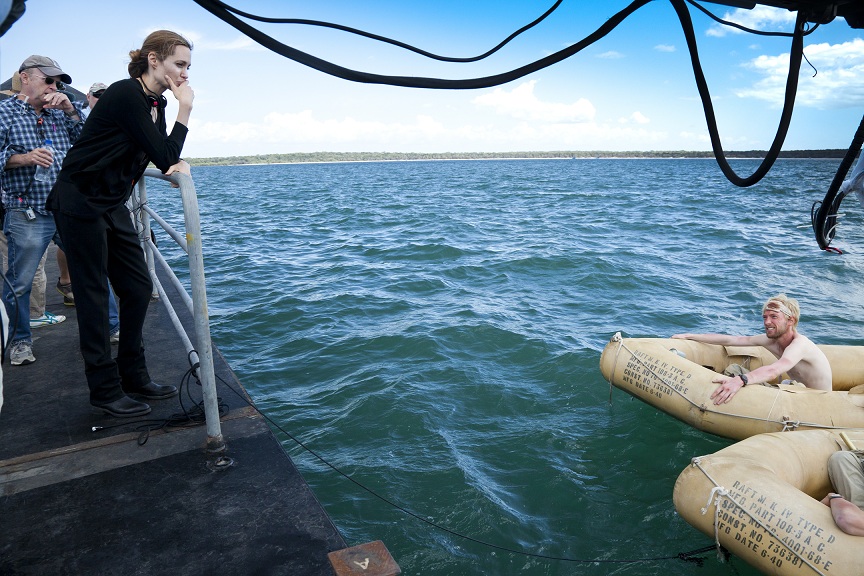 The film is produced by Jolie, as well as Matthew Baer (City by the Sea), Erwin Stoff (The Day the Earth Stood Still) and Clayton Townsend (This Is 40).  Leading the accomplished behind-the-scenes crew is 10-time Oscar®-nominated cinematographer Roger Deakins (Skyfall).

Academy Award® winners Joel and Ethan Coen (No Country for Old Men) rewrote the screenplay from earlier drafts by William Nicholson (Les Misérables) and Richard LaGravenese (HBO’s Behind the Candelabra). 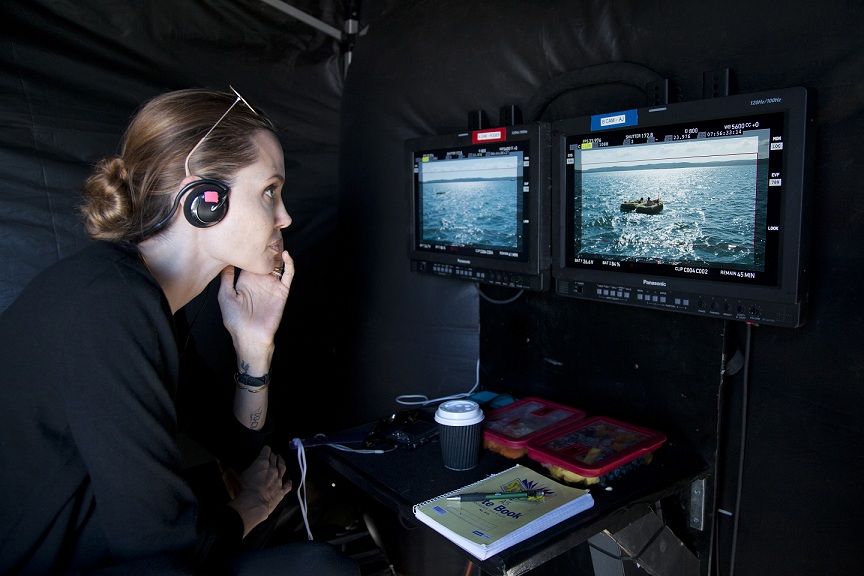