The first footage from Angelina Jolie’s next film UNBROKEN which is currently filming in Australia has landed online via an ‘Olympic Preview’ UNBROKEN tells the story of Louie Zamperini an American Olympian who also fought in WWII and was captured by the Japanese Navy then sent to a Prisoner of War Camp.

Adapted from Laura Hillenbrand’s (“Seabiscuit: An American Legend”) enormously popular book, Unbroken brings to the big screen Zamperini’s unbelievable and inspiring true story about the resilient power of the human spirit. Starring alongside O’Connell are Domhnall Gleeson and Finn Wittrock as Phil and Mac—the airmen with whom Zamperini endured perilous weeks adrift in the open Pacific—Garrett Hedlund and John Magaro as fellow POWs who find an unexpected camaraderie during their internment, Alex Russell as Zamperini’s brother, Pete, and in his English-language feature debut, Japanese actor Miyavi as the brutal camp guard known only to the men as “The Bird.”

The film is produced by Jolie, as well as Matthew Baer (City by the Sea), Erwin Stoff (The Day the Earth Stood Still) and Clayton Townsend (This Is 40). Leading the accomplished behind-the-scenes crew is 10-time Oscar®-nominated cinematographer Roger Deakins (Skyfall). Academy Award® winners Joel and Ethan Coen (No Country for Old Men) rewrote the screenplay from earlier drafts by William Nicholson (Les Misérables) and Richard LaGravenese (HBO’s Behind the Candelabra). 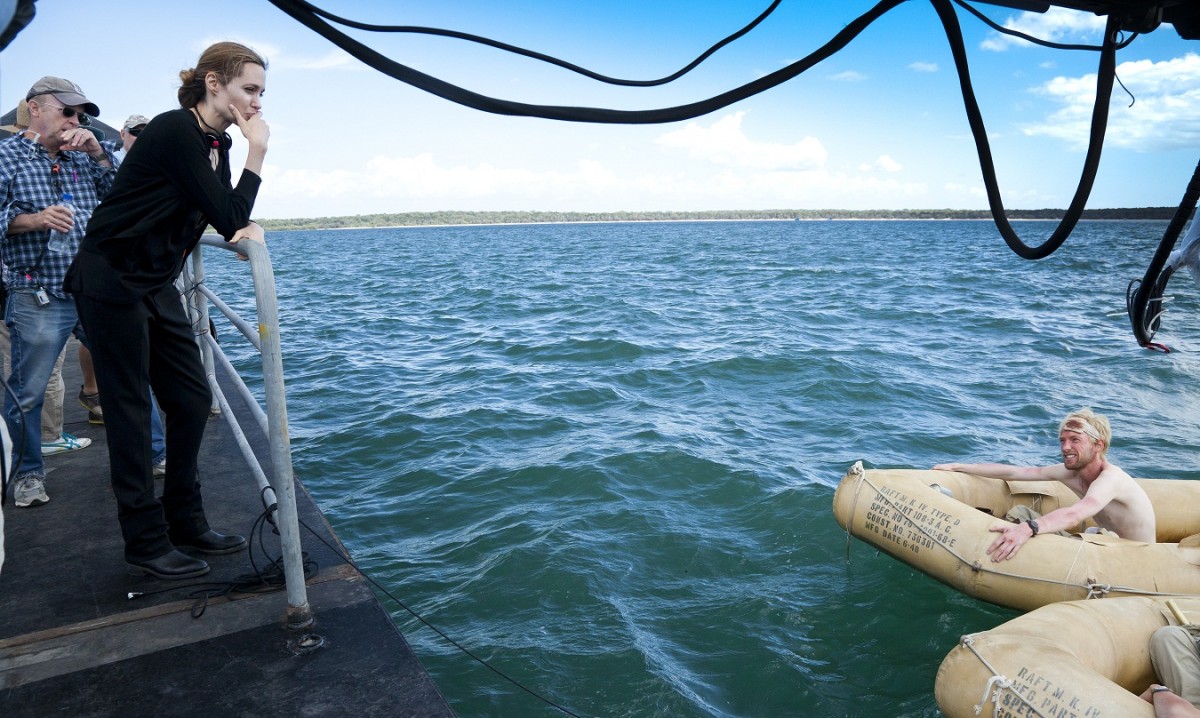