Yahoo! Movies premieres the first photo that shows Chris Hemsworth as Thor, it hit the net not long ago and with all the IronMan buzz thought it would be worth posting. Kenneth Branagh is directing Thor, hes usually on the other side of the camera in such films as ‘The Boat that Rocked’ and ‘Valkyrie’.

Thor has an amazing cast from Natalie Portman and Sir Anthony Hopkins. We still have a bit of time to wait for Thor its currently filming and is due out in Australia May 19th Next year.  Check out the picture below and post your thoughts.

“Marvel Studios expands its film universe with a new type of superhero: THOR. This epic adventure spans the Marvel Universe; from present day Earth to the realm of Asgard. At the center of the story is The Mighty Thor, a powerful but arrogant warrior whose reckless actions reignite an ancient war. Thor is cast down to Earth and forced to live among humans as punishment. Once here, Thor learns what it takes to be a true hero when the most dangerous villain of his world sends the darkest forces of Asgard to invade Earth. Kenneth Branagh directs this fantasy epic which stars Australian actor Chris Hemsworth as the ancient Norse god, Tom Hiddleston as his evil brother Loki, Natalie Portman as Jane Foster, a young woman who befriends Thor on Earth, and Anthony Hopkins as Odin, Thor’s father and king of Asgard. Expect to see agents of S.H.I.E.L.D., previously seen in ”Iron Man,” to make an appearance, further forshadowing the coming of The Avengers! 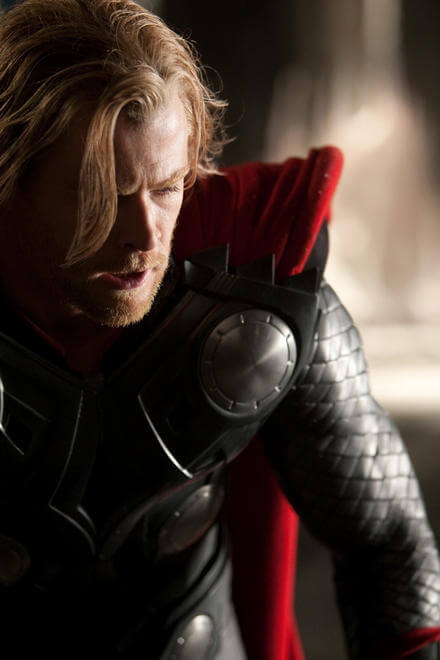