Famous WWF Wrestler ‘The Rock’ has been receiving a lot of attention in Hollywood lately with the release of multiple films he has starred in as of late. SNITCH, G.I. JOE and FURIOUS 6 have all been released in 2013 and starring the man of muscle.

It seems whenever Dwayne Johnson stands next to an actor (who previously looked like they had worked out for six months to look that masculine) he makes them look like someone who couldn’t even bench press 40kg. Take Johnson standing next to his FURIOUS 6 co-star Vin Diesel as an example. Now I always thought Diesel was Mr Muscles, but when ‘The Rock’ stands next to him on screen it really puts his huge frame into perspective.

All the more reason to cast Johnson as Hercules in HERCULES: THE THRACIAN WARS. He certainly has the physique to pull off this muscular God – I wonder what stunts he’ll have to pull off in scenes? Johnson boasts his new role by posting a photo of himself online with tattoos and long hair. Interesting! Take a look below. 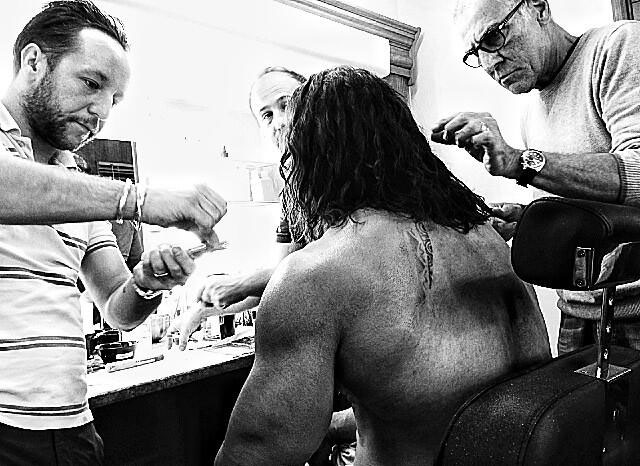 HERCULES: THE THRACIAN WARS is due for release next year.