One of Disney’s mo 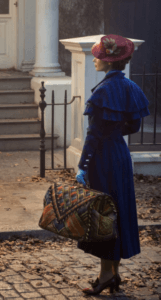 st beloved characters will be returning to our screens next year! Mary Poppins will be flying back into cinemas in Mary Poppins Returns. Directed by Rob Marshall (Intro the Woods, Chicago), the film is set in Depression-era London, 25 years after the time period of the original film. The enigmatic Mary Poppins returns to 17 Cherry Tree Lane, now inhabited by a grown-up Michael Banks (Ben Wishaw), a banker and artist, and his three young children. After suffering the loss of his wife, Michael and his family must rediscover the joy and wonder missing from their lives. Jane Banks, played by Emily Mortimer (Shutter Island, Hugo) is also back, grown up and following in the suffragette footsteps of her mother. Emily Blunt (Intro the Woods, The Devil Wears Prada) has been cast in the titular role, and having already dazzled audiences in both singing and acting roles, she should be a perfect fit for the stern and bewitching character.

The film is unfortunately sans Bert, instead including a lamp-lighter named Jack, played by Lin-Manuel Miranda (Hamilton, In The Heights), who will accompany Mary Poppins throughout her adventures. Dick Van Dyke will make a reappearance, however, playing Mr Dawes Jr, the son of the bank director he played in the original film. It’s not been confirmed whether Julie Andrews will reappear in the film in some form, but it is definitely a cameo worth watching out for!

The film will also feature an all-star cast including Angela Lansbury, Colin Firth as the director of Fidelity Fiduciary Bank, Meryl Streep as Topsy Poppins, Mary Poppins’ cousin, and Julie Walters as Ellen, the housemaid. The music will be composed by Marc Shaiman (Hairspray) and there will be a lot of pressure on him to make the sequel’s songs every bit as magical and catchy as the Sherman brothers’ original score.

Disney recently released these early shots of the film: 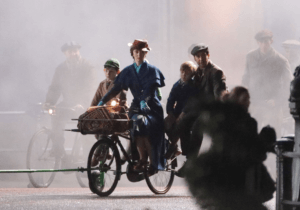 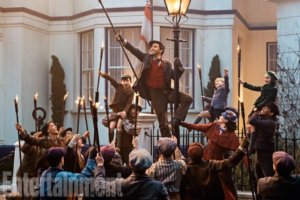 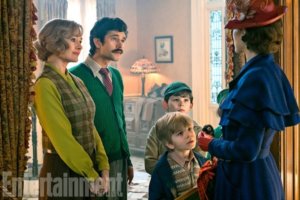 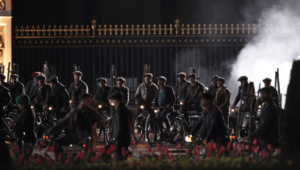 Its been 54 years between the original 1964 film and its sequel, making it one of the longest gaps between sequential films. Mary Poppins Returns is scheduled to be in cinemas in the United States on 25th December 2018.