Back in 2008 a smash hit action film graced our screens and I’m pretty sure everyone here can recite nearly word for word the dialog spoken that featured in all the promo’s. Liam Neeson is about to put back on the leather jacket and grab his gun for round two of Taken and we have the first poster to show you.

This time around the story has been spun to feature more of the daughter but obviously Neeson will still be the ass kicking father which a special range of skills.

Here’s the latest synopsis – “Liam Neeson returns as Bryan Mills, the retired CIA agent with a particular set of skills who stopped at nothing to save his daughter Kim from Albanian kidnappers. When the father of one of the kidnappers swears revenge, and takes Bryan and his wife hostage during their family vacation in Istanbul, Bryan enlists Kim to help them escape, and uses the same advanced level of special forces tactics to get his family to safety and systematically take out the kidnappers one by one.”

Taken 2 is due for release in October, so I think we should be seeing a trailer pretty soon! 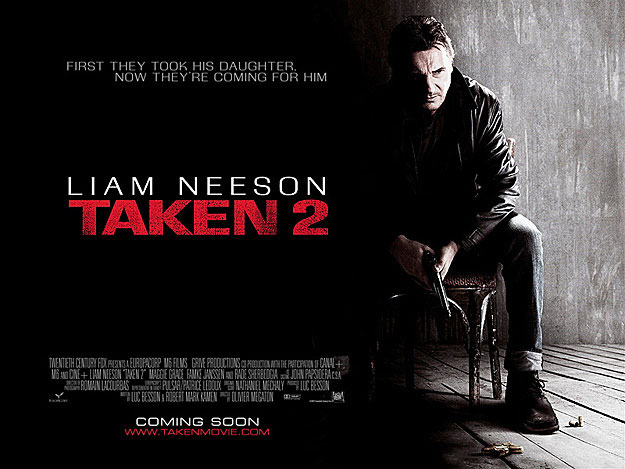