Today we have a first look at the Spiderman Reboot, these photos were snapped while filming in LA at a local High School and looks to me Peter Parker and Gwen Stacey are getting extemely cosy! I’m still a tad undecided about the reboot considering Spiderman 3 only came out in 2007.

Casting Martin Sheen and Sally Field as Mary and Ben Parker was a great decision though! Could’nt think of anyone better to play Peters Grandparents.

Check out the photos below, Spiderman is due to hit cinemas on the 4th July 2012. 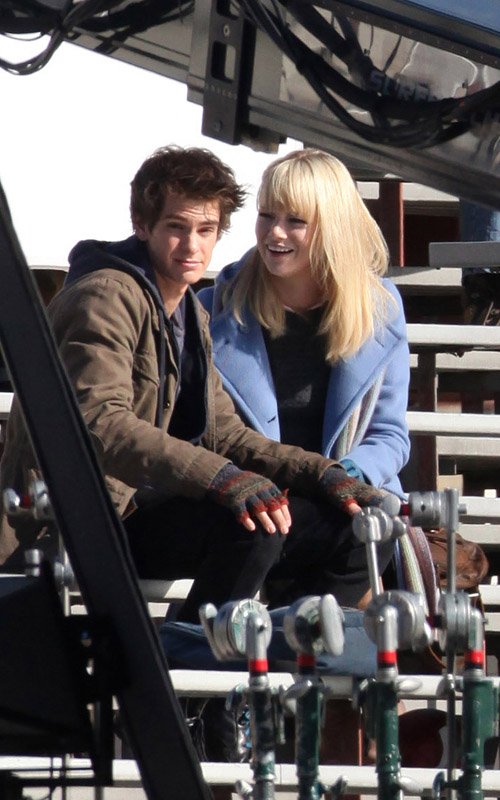