When the first trailer dropped for Disney’s ALADDIN we didn’t really get to see the Will Smith as the blue genie just the character in “human form” there was a lot of comments online asking if we in fact would even get a blue genie or not but then Will Smith publicly commented and said he will be blue… so Disney has just dropped a 1 minute teaser in where we see Will in full blue plus an image has also been released.

Now I will say the CGI looks pretty terrible in the teaser but we all know the team is hard at work on it and I’m pretty sure by the time the film comes out it will look a lot better. I guess we shall see!

A thrilling and vibrant live-action adaptation of Disney’s animated classic, “Aladdin” is the exciting tale of the charming street rat Aladdin, the courageous and self-determined Princess Jasmine and the Genie who may be the key to their future. Directed by Guy Ritchie, who brings his singular flair for fast-paced, visceral action to the fictitious port city of Agrabah, “Aladdin” is written by John August and Ritchie based on Disney’s “Aladdin.” 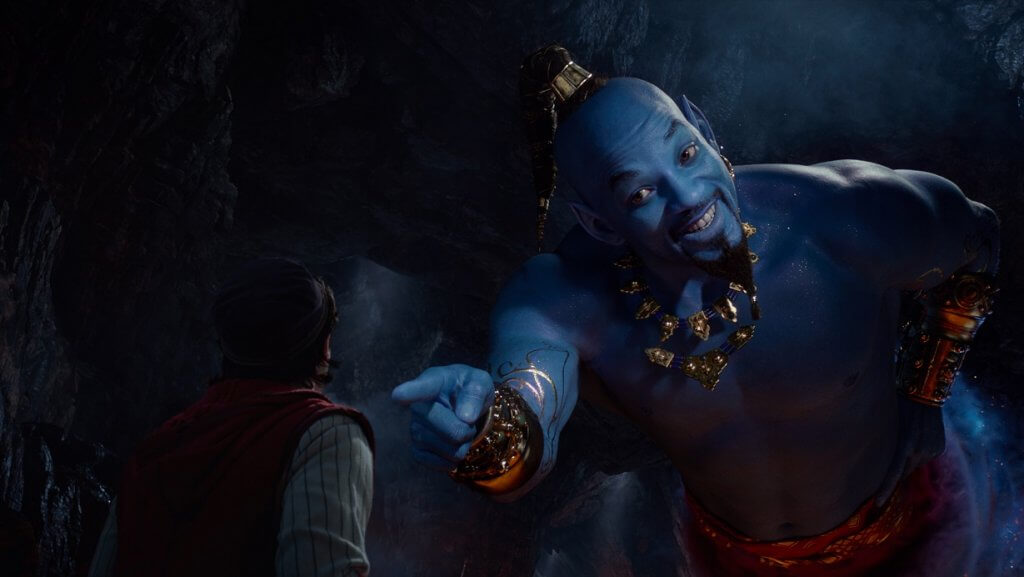 Disney’s Aladdin opens in Australian Cinemas on May 23.