Pop culture mainstay and all-round legend Stephen Amell has been confirmed amongst the opening volley of Supa-Star guests flying in for the Supanova Comic Con & Gaming events in Sydney (21–23 June) and Perth (29-30 June) later this year.

Having recently led the charge across another huge Arrowverse crossover event as Oliver Queen/Green Arrow, the Canadian-born actor, also famed for his role as Casey Jones in TMNT: Out of the Shadows, will return to Sydney in 2019, this time not only adding Perth to his itinerary, but bringing his cousin, Robbie Amell, along for the ride.

Robbie’s Arrowverse presence also runs deep, winning fans over with his portrayal as Ronnie Raymond/Firestorm on The CW’s The Flash, after starring as Stephen Jameson on the network’s The Tomorrow People. He’s also known for playing Fred Jones across Scooby-Doo! The Mystery Begins and Scooby-Doo! Curse of the Lake Monster. 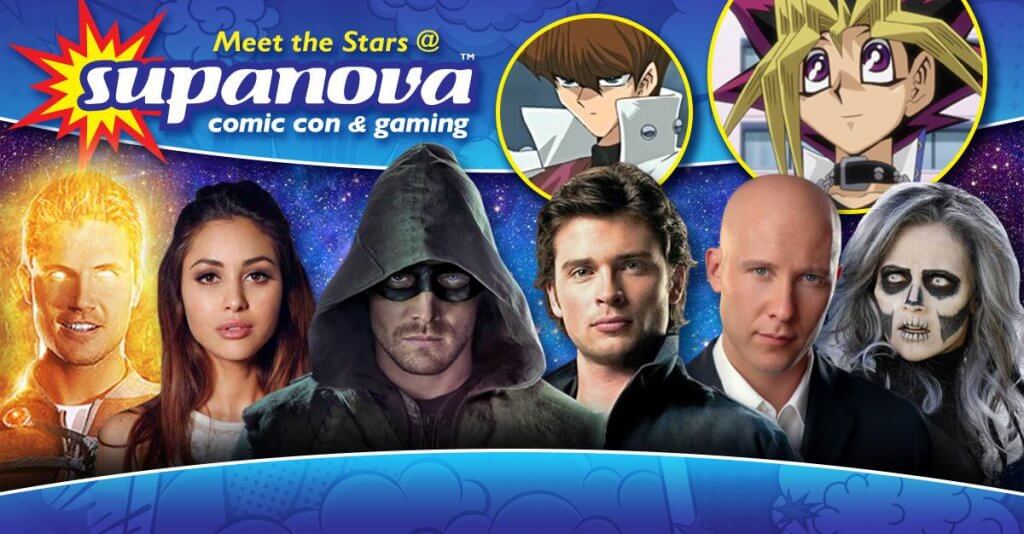 The modern Arrowverse might not exist without the Superman series Smallville, and fans across Sydney and Perth and will have the opportunity to see Clark Kent and Lex Luthor face off once again with the addition of Tom Welling and Michael Rosenbaum, who are also known for their roles on Lucifer and Impastor, respectively.

General admission tickets for the Sydney and Perth events go on sale this Thursday, January 24, at 10am local time, respectively.

Supanova is a celebration of fandom, where the worlds of film and television, fantasy, comic books, anime, sci-fi, cartoons, books, gaming and collectables comes to life! There’s something for everyone, including ‘cosplay’ (costume-role play), fan clubs, musical performances, creative master classes, celebrity Q&As, wrestling, tournaments, competitions and an expo full of shopping possibilities.

Many more guests will be announced across the coming months.