You came here for the Ghostbusters logo. We get it. And we’ll get to that presently. There’s some interesting stuff to cover to get there. Hang in there, AccessReeler.

The world seems to be a scary, unstable place right now and weird as it sounds, if you’re fortunate, then you’ve been stuck in a house somewhere deciding what to watch on Netflix.

If you’re lucky enough to be able to avoid the news because it won’t come rushing down your street or crashing through your window, then the Internet has you covered.

American showbiz has created outlets for creatives who don’t have a play, show or movie to be in currently and we have been the beneficiaries of that. There have been occasions such as the CHUCK Table Read, which brought together the entire cast of the (2007-2012) action comedy series starring Zachary Levi and Yvonne Strahovski. (All links below the article.) 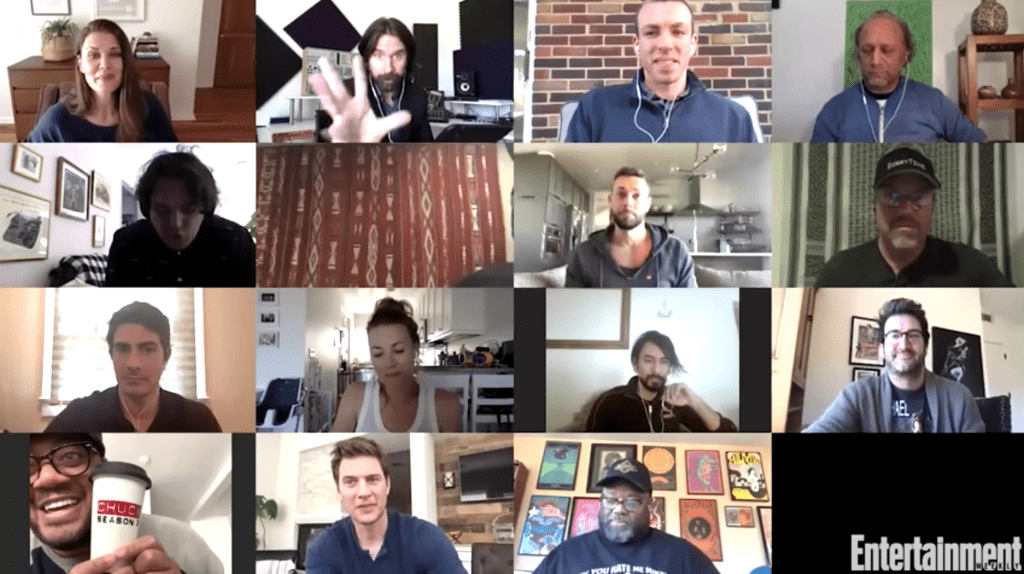 In a similar vein, was the reunion of the COMMUNITY cast to do an episode reading from the show’s fifth season. This was followed up by a Q&A session and a podcast. (And yes, as you can see Community fans, Donald Glover DID turn up, but somehow Chevy Chase did not.) 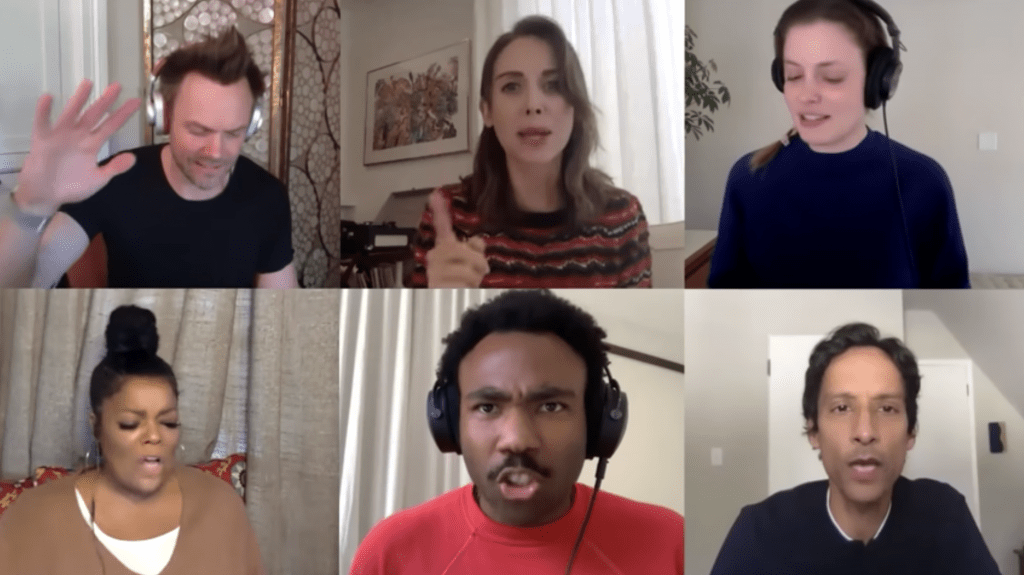 Zoom is what made all this possible. Zoom Meetings, as people used to know it in the before-times of pre-2020, is the video conferencing app where we have seen these multiple person reunions, meet-ups and readings take place. Despite they’re being other conferencing tools available, Zoom has proved to be flexible software that allows for geographically distant and socially-distancing folk to gather on one screen, while not passing on Covid-19 or the common cold.

So we’ve become used to multi-panel reunions where we can see the current versions of our favourite performers, looking older and usually in need of a haircut, thanks to the haircare restrictions of lockdown. It’s also good to get an idea of what is on our idols’ bookshelves and what kind of pets they have.

Fan reaction to these events has been rapturous. There’s something of a behind-the-scenes feel that is generated. It is good to see favourite actors doing their thing again. And the get-together serves as a kid of fan/performer tribute to popular shows and movies of yesteryear. The productions are usually done for charity purposes and the recording of what takes place, can be seen for free later on YouTube. 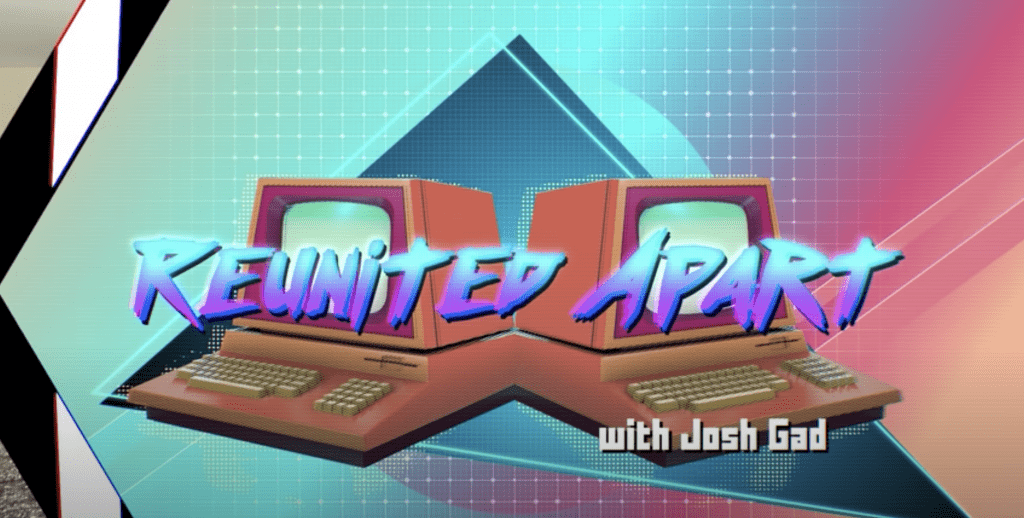 Raising the stakes on this kind of activity has been the episodes of Josh Gad’s webseries REUNITED APART. Gad the actor, comedian and singer is perhaps best known as the voice of Olaf from Disney’s FROZEN films. He is the personable and enthusiastic host to the cast reunions of several of his favourite classic films. So far, he has delivered:

Episode 2: BACK TO THE FUTURE

Episode 4: LORD OF THE RINGS

These episodes have been nostalgic, informative and funny occasions that the actors, writers and filmmakers appear to enjoy at least as much as the fans. A full table read of a movie would be prohibitively long, so parts of scenes are read, people remember stories from on-the-set and DVD Behind-the-Scenes material is presented. Somewhere in studio-land, there is a great deal of organisational work going on the arrange the participants and deal with copyright and licensing issues.

THE LORD OF THE RINGS episode was the longest thus far and involved practically all the main members of a huge cast. Getting to hear anecdotes from these players and seeing them interact with each other again, is fan catnip. 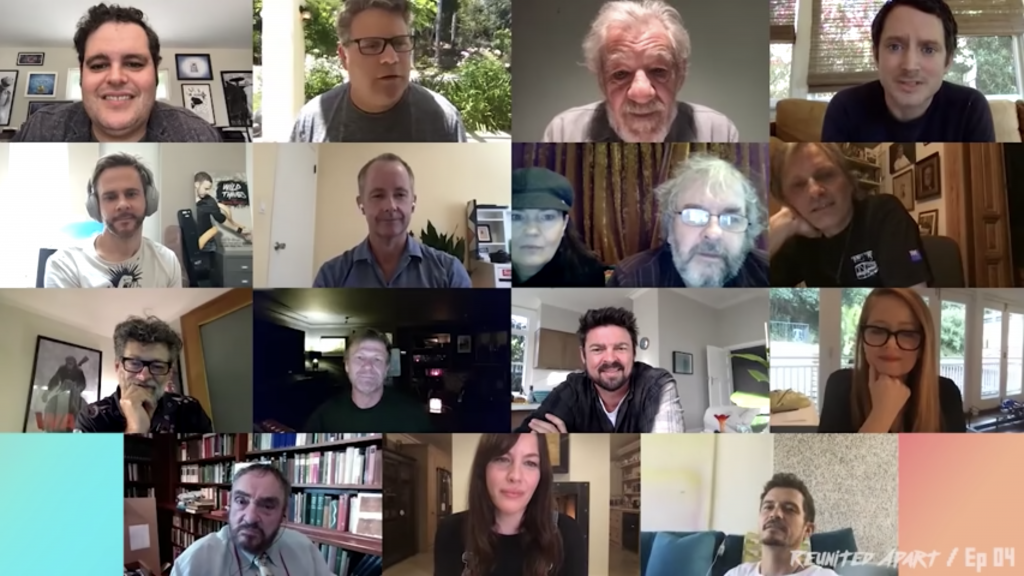 Gad and his team seem determine to raise the bar even higher with their announcement that the original GHOSTBUSTERS will be the next episode. Going with the usual time plan, that was expected to arrive on June 8th(northern hemisphere time). However, Gad recently tweeted this:

“We cannot wait to release this! It WILL NOT be on June 8th, but I promise it will be soon!!!! And it is going to be very very special!! Watch this space. #ReunitedApart #Ghostbusters Coming soon!!!!”

Gad is keeping things mysterious and letting the buzz build. There are very few details to hand, but given the previous episodes, this could be an excellent get together. Keep watching The Internet for the Ghostbusters episode. Or keep following us and we’ll give you the heads up.

Reunited Apart – Episode 2: Back to the Future https://youtu.be/crdYIUdUOhc