Get Ready For An ‘Incredible’ New Cast: Disney-Pixar Releases Concept Art of ‘Incredibles 2’

It’s been 13 incredibly long years for fans, but the Incredibles sequel is now just around the corner. While the teaser trailer, showing Jack-Jack’s powers (which you can check out below), was released late last year, Disney-Pixar has just recently released concept art of brand new characters alongside the new cast.

Here’s what Disney-Pixar’s told us about the new characters:

WINSTON DEAVOR (voice of Bob Odenkirk) leads a world-class telecommunications company alongside his genius sister, Evelyn. Ultra-wealthy, savvy and suave, Winston goes big in everything he does – including his infatuation with Supers. He has been a supporter of Supers returning – all he needs is a hero (or three) to help him change public perception and bring them back into the sunlight.

EVELYN DEAVOR (voice of Catherine Keener), the brilliant brainchild behind her brother Winston’s telecommunications company, knows her way around tech. She loves tinkering with tech, and has never met a problem she can’t solve.

VOYD (voice of Sophia Bush) is a young, overeager “wannabe” Super and a mega-fan of Elastigirl. Her superpower is the ability to divert and manipulate objects around her by creating voids that allow the objects to appear and disappear, and shift in space.

The Supers find an advocate in a dignified foreign AMBASSADOR (voice of Isabella Rossellini) who is committed to the support and legalization of Superheroes. 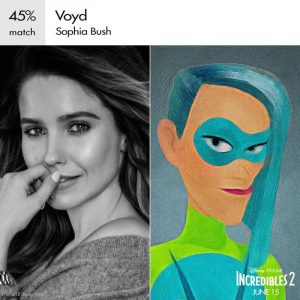 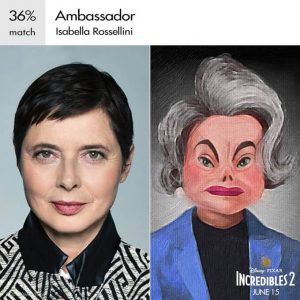 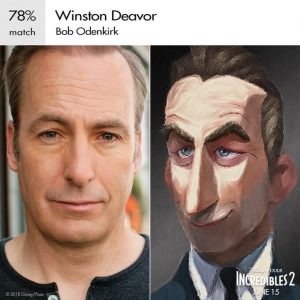 Evidently, the studios are avoiding revealing who the villain will be, but I’ve got bets on Voyd. Alongside the newbies, all the old favourites will be returning – Craig T. Nelson as Bob Parr/Mr. Incredible, Holly Hunter as Helen Parr/Elastigirl, Samuel L. Jackson as Lucius Best/Frozone, Sarah Vowell as Violet, and Spencer Fox as Dash. And who can forget Edna Mode voiced by Brad Bird (No capes!).

The long-awaited sequel was originally announced in March 2014, slated for release in 2019, but Disney-Pixar later retracted that, switching the 2019 date with that of Toy Story 4. The original Incredibles film was released in 2004, grossing more than $633 million worldwide and won the Academy Award for best animated feature film of the year. Incredibles 2 is out June 15th, 2018.