Long film titles, eh? Fun. There are a bunch of them out there, maybe you could excavate a few over your afternoon espresso and Kit-Kat? Our current fave is QUACKSER FORTUNE HAS A COUSIN IN THE BRONX from 1970. Gene Wilder. Margot Kidder. Making a bid for this much coveted category (long titles) in the 21st Century is THE GUERNSEY LITERARY AND POTATO PEEL PIE SOCIETY.

Fans of the book should prepare to get excited. Studiocanal has released the first official photography from the big-screen adaptation of The Guernsey Literary and Potato Peel Pie Society as principal photography wraps on the British production of Mary Ann Shaffer and Annie Barrows’ best-selling novel.

Lily James plays free-spirited journalist Juliet Ashton, who forms a life-changing bond with the delightful and eccentric Guernsey Literary and Potato Peel Pie Society when she decides to write about the book club they formed during the occupation of Guernsey during WWII. Juliet’s first contact with the island and The Guernsey Literary and Potato Peel Pie Society is with Dawsey Adams, played by Michael Huisman.

Directed by Mike Newell (Four Weddings and a Funeral, Harry Potter and the Goblet of Fire) from a script written by Don Roos (Marley & Me, The Opposite of Sex) adapted from the international best-selling novel of the same name, the film also stars Glen Powell (Everybody Wants Some, Hidden Figures), Matthew Goode (The Imitation Game, Downton Abbey), Jessica Brown Findlay (Victor Frankenstein, Downton Abbey) with Tom Courtenay (45 Years, Doctor Zhivago) and Penelope Wilton (The BFG, The Best Exotic Marigold Hotel). 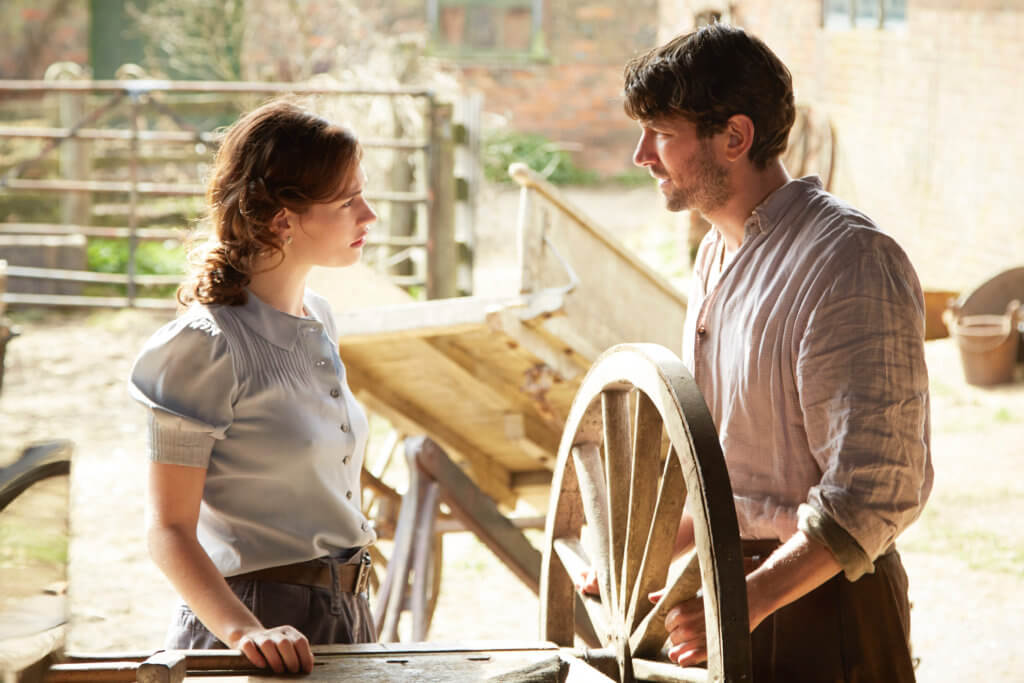