H is For Happiness Shooting Now

The heart-warming new Australian family film, H IS FOR HAPPINESS, has commenced principal photography in the picturesque coastal town of Albany, in the Great Southern region of Western Australia. The colourful film is the debut feature from well-known theatre director John Sheedy, whose feelgood short film Mrs McCutcheon garnered glowing reviews and accolades in Australia and around the world.

Cyan Films & The Koop have revealed the cast for the film will include Richard Roxburgh, Emma Booth, Miriam Margolyes, Joel Jackson and Deborah Mailman, alongside the two newcomer leads… and one miniature horse. Perth-based actor Daisy Axon (Judy and Punch) stars as the film’s optimistic protagonist Candice McPhee, in what is her second feature film role and first lead. Starring opposite Daisy in this story of true friendship is young actor Wesley Patten whose charming performance in John Sheedy’s Mrs McCutcheon won him the hearts of audiences across the globe and Best Young Actor at the 2018 St Kilda Film Festival.

H IS FOR HAPPINESS is based on the internationally beloved young adult novel “My Life As An Alphabet”, by Australian author Barry Jonsberg, adapted for the screen by writer/producer Lisa Hoppe. Candice Phee is an unflinchingly honest and optimistic twelve year old who is determined to bring her dysfunctional family back from the brink. Her exploits will inspire and delight anyone who has faced the trials of adolescence and the heartbreak of family tragedy.

Director John Sheedy said, “During the casting process we saw an extraordinary range of talent from all across Australia and New Zealand and I’m very excited to introduce the very talented young actor Daisy Axon, who is the perfect choice as our lead protagonist – I don’t think we would have found a better Candice Phee! I am equally thrilled to collaborate once again with the incredibly charismatic young actor Wesley Patten – who appeared in my short film Mrs McCutcheon, and be a part of his feature debut as Douglas Benson. Two very gifted young actors who have a very big career ahead of them. “I have always admired the works of Richard Roxburgh, Emma Booth, Joel Jackson, Deb Mailman and I’ve also been waiting a long time for the opportunity to work with the very naughty and brilliantly clever character actor Miriam Margolyes as Miss Bamford. A stunning cast whose talents will create the fine balance of humour and pathos needed to tell this very beautiful and charming story.” 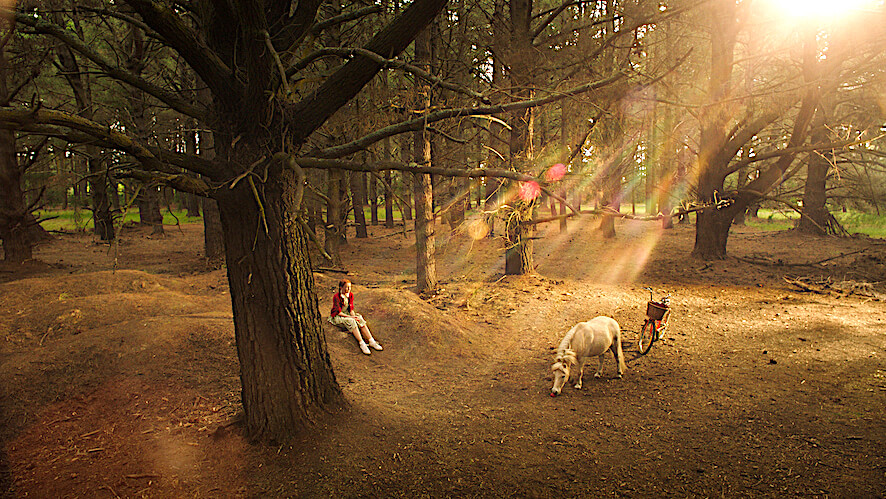