Hobbiton Set Tour: Then and Now

11 years ago I wandered the Alexander farm in New Zealand, where stark white plywood frames only hinted at the once elaborate Hobbiton set that stood years before. Even this simple skeleton set in the hillside felt magical.

So how does the experience compare now that the full Hobbiton stands? 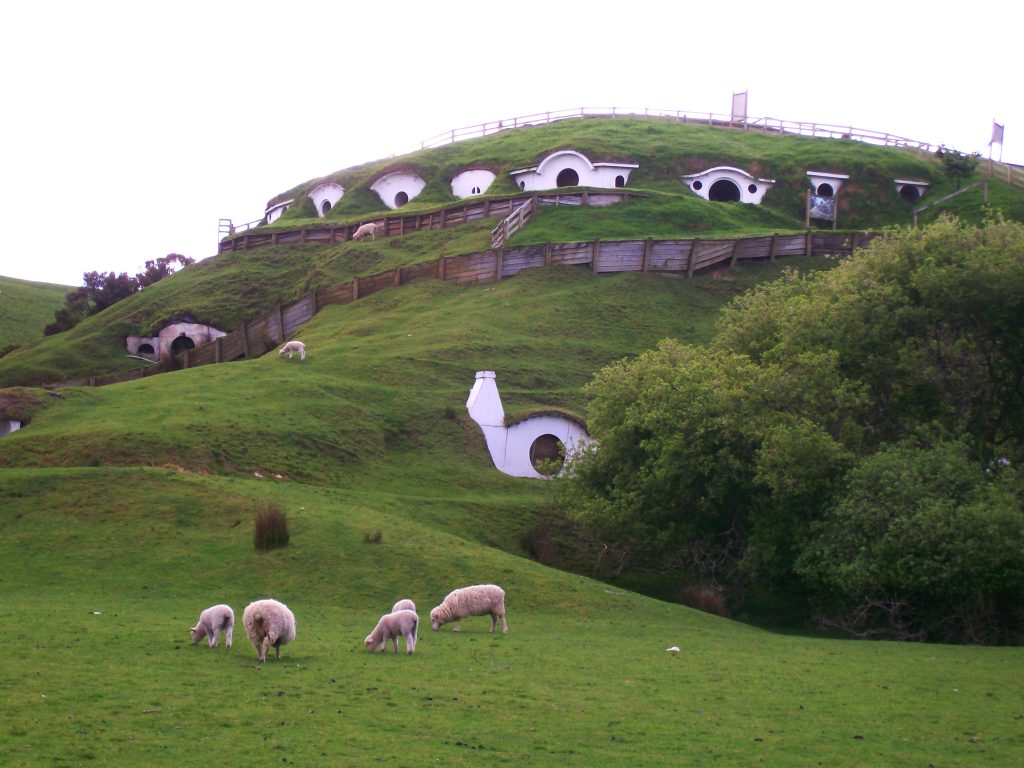 Hobbiton before The Hobbit rebuild

I felt somewhat of a celebrity on our large Hobbiton tour group: Of the many “die hard fans” present, I was the only one who had stood upon Hobbiton soil in its original, basic tour form post Lord of the Rings, but pre The Hobbit. Even the tour guides seemed impressed!

While the current day Hobbiton provides much more visual splendour, I am glad to have seen it in its understated (and undervalued) grass-roots form, prior to its present meticulously manicured state.

The tour begins at The Shire’s Rest; a lovely cafe and shop with views of rolling hills…and sheep. A short bus ride is accompanied by a warm and fuzzy video introduction starring Sir Peter Jackson and the owner of Alexander farm. They tell the story of how Hobbiton first came to be: Believe it or not there are LOTS of tourists who pay the $80+ tour fee who haven’t seen the films and possess no knowledge of Middle Earth at all. (Heathens!)

Hobbiton as it stands today is akin to a well-oiled Disney theme park; it is perfectly maintained with every attention to detail addressed – they even burn a certain wood to create a specific smell. The Green Dragon inn is ready to serve you themed food and drink…I kept glancing behind the bar just incase Rosie Cotton might be there polishing glasses… 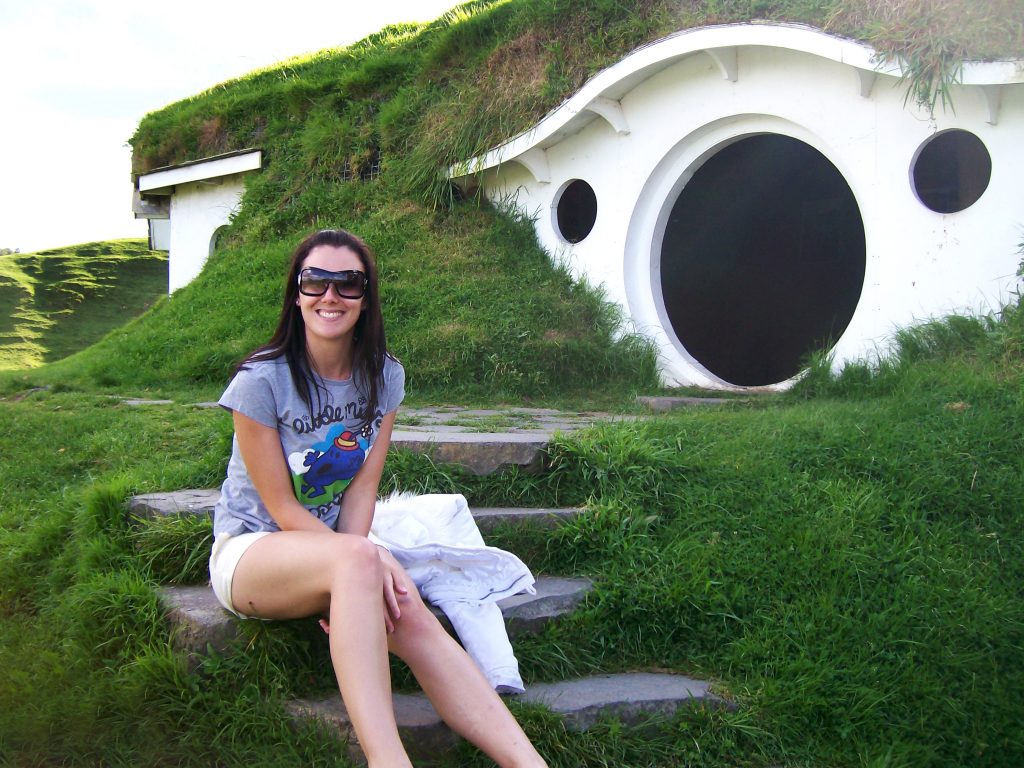 Bag End: Then and now 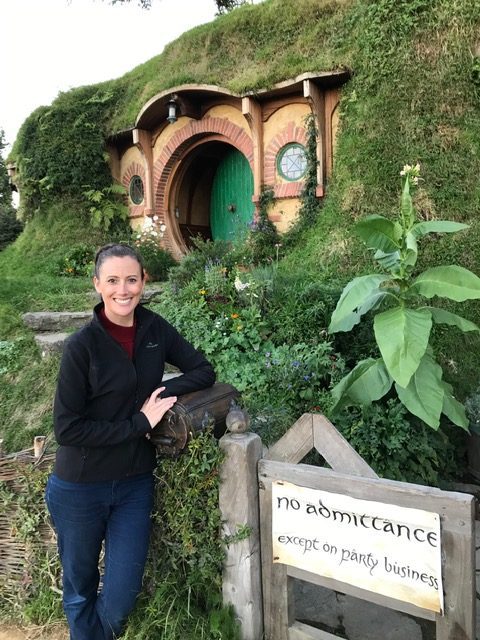 There is a magic in the air here that is hard to describe to those who haven’t been. However, as overjoyed as I was with the whole experience, in some ways I felt like a child at Christmas after they discover the truth about Santa. I was like Dorothy once the curtain dropped to expose the Wizard: As I strolled the phenomenal set I was struck with how glorious the whole “show” was….but that’s all it is: Show.

Alas, my spirit was crushed just a little as reality sunk in: The utopia that looked so real in my beloved LOTR films was just exceptionally well presented fake stuff, now gift wrapped for more than half a million visitors annually (and they have applied for consent to increase the number of tourists permitted) 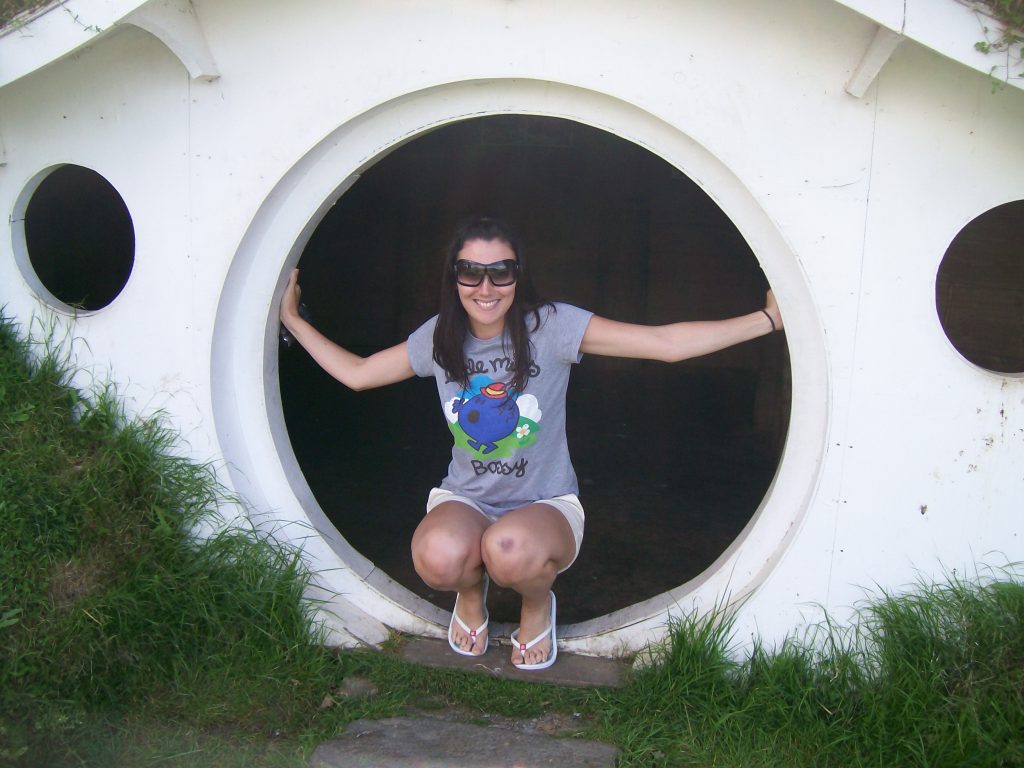 Hobbit holes: Then and now 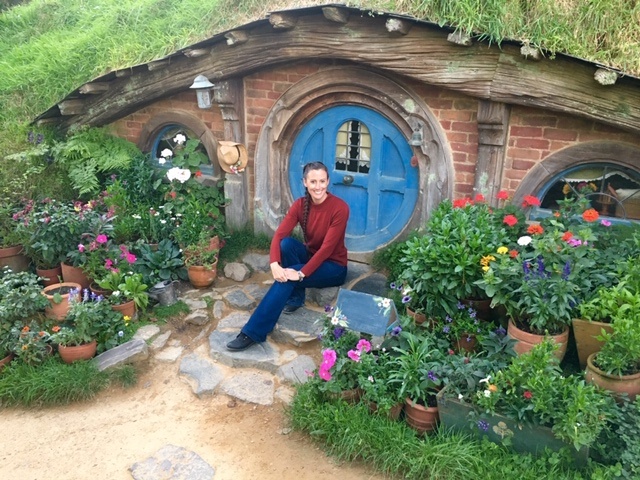 Are you a Lord of the Rings / Hobbit fan?  Then go, and go now. With 3500 visitors traipsing through every day in peak season, who knows how long you have until the last flake of magic is trampled?