Home Alone’s popularity during Christmas time is still at an all time high so it should come as no surprise that Disney is rebooting it for their streaming service.

The original film saw Kevin (Macaulay Culkin) mistakenly left behind in America when his family flew to Paris for the holidays. At first, he enjoyed being on his own but soon came face to face with two criminals (played by Joe Pesci and Daniel Stern) who wanted to break into his home. He fought them off by setting up booby traps which resulted in plenty of slapstick comedy. Home Alone was a massive success at the time and was followed by two more sequels a few years later. 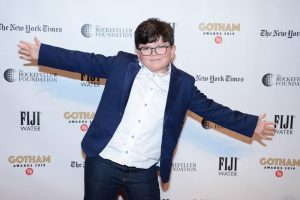 The new Home Alone movie will be directed by Dan Mazer, who is best known for writing Bridget Jones’s Baby and working with Sacha Baron Cohen on a screenplay for Bruno. In the reboot, audience members will see Rob Delaney and Ellie Kemper play a couple who “in order to save their home from financial ruin, go to war with a kid who has stolen a priceless heirloom”.

While not a lot has been released about the characters, we do know that the lead child character won’t be a new version of Kevin and will be played by 11-year-old ‘Jojo Rabbit’ star Archie Yates.

There are reports of Macaulay Culkin making a cameo, however, it is yet to be confirmed by the star of the new American Horror Story or Disney.