In interesting news today The Academy of Motion Pictures Arts and Sciences announced via Press release the hosts of the 83rd Academy Awards on the 27th February 2011. In previous years we usually see comedians and in the past 15 years or so hosts are usually comprising between Billy Crystal, Whoopi Goldberg, Steve Martin, Jon Stewart and even Hugh Jackman was thrown in there for the 2009 awards.

I’m pretty excited about this so here you go! Here are the hosts for the Academy Awards 2011. 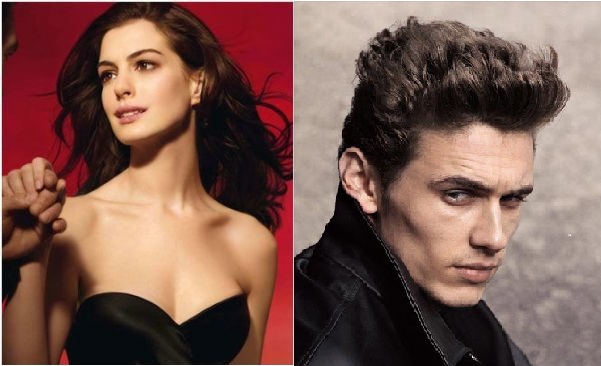 It seems a pretty big move for the Academy to be going in this direction, especially when the buzz by US critics around Franco’s performance in his latest film ‘127 Hours’ which depicits the true story of hiker Aron Ralston and that while hiking in Utah a boulder falls on his arm and traps him in an isolated canyon which is due for Australian release in Feb 2011 its already rumoured that a best actor Nom is on the cards for Franco.

Looking on Anne’s end she just recently hosted Saturday Night Live and the release of her Latest film ‘Love and Other Drugs’ alongside Jake Gyllenhaal just hit cinemas in the states and we see it here in Australia on the 16th December.

Check out the press release below.

Beverly Hills, CA (November 29, 2010) – James Franco and Anne Hathaway will serve as co-hosts of the 83rd Academy Awards®, Oscar telecast producers Bruce Cohen and Don Mischer announced today. Both have previously appeared on the telecast but not in hosting capacities.

“James Franco and Anne Hathaway personify the next generation of Hollywood icons— fresh, exciting and multi-talented. We hope to create an Oscar broadcast that will both showcase their incredible talents and entertain the world on February 27,” said Cohen and Mischer. “We are completely thrilled that James and Anne will be joining forces with our brilliant creative team to do just that.”

Franco, who currently can be seen in “127 Hours,” will be making his second appearance on an Oscar telecast. His other film credits include “Eat, Pray, Love,” “Date Night,” “Milk” and “Pineapple Express.” Franco is also known for his portrayals of Harry Osborn in the “Spider-Man” trilogy.

Hathaway will be making her fifth appearance on an Academy Awards telecast. She was recently seen in “Alice in Wonderland” and currently can be seen in “Love and Other Drugs.” Hathaway’s other film credits include “Bride Wars,” “Becoming Jane,” “The Devil Wears Prada” and “The Princess Diaries.” She was nominated for an Oscar in 2008 for her lead performance in “Rachel Getting Married.”

Academy Awards for outstanding film achievements of 2010 will be presented on Sunday, February 27, 2011, at the Kodak Theatre at Hollywood & Highland Center, and televised live on the ABC Television Network. The Oscar presentation also will be televised live in more than 200 countries worldwide.