A couple of days ago it was announced Jason Blum, one of Hollywood’s greatest success stories was coming to Australia to promote the upcoming release of HALLOWEEN prior to the films release on October 25 and today Jamie Lee Curtis is joining the tour.

Jason Blum is coming into Australia on October 4th & 5th and Jamie will be here on October 23rd & 24th to walk the black carpet at the Aussie premiere in Sydney! 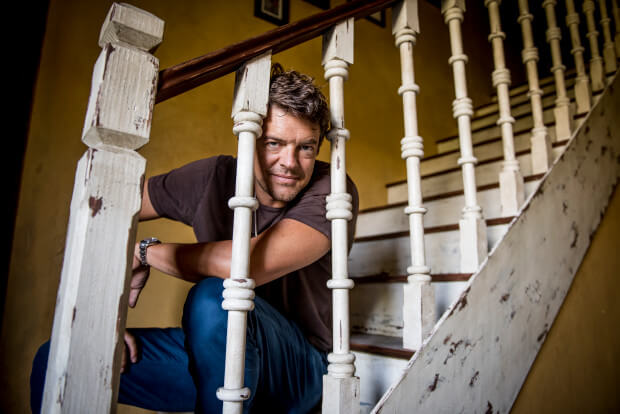 Blumhouse’s model began with the original Paranormal Activity, which was made for $15,000 and grossed close to $200 million worldwide, making it the most profitable film in Hollywood history. From there, Blumhouse has continued to produce box office smashes, such as Insidious, Ouija, Get Out, Split, Happy Death Day and films in The Purge franchise, hits have grossed a staggering total of $3.6 Billion globally.

Jamie Lee Curtis returns to her iconic role as Laurie Strode, who comes to her final confrontation with Michael Myers, the masked figure who has haunted her since she narrowly escaped his killing spree on Halloween night four decades ago.

Master of horror John Carpenter executive produces and serves as creative consultant on this film, joining forces with cinema’s current leading producer of horror, Jason Blum (Get Out, Split, The Purge, and Paranormal Activity). Inspired by Carpenter’s classic, filmmakers David Gordon Green and Danny McBride crafted a story that carves a new path from the events in the landmark 1978 film, and Green also directs.

We are really hoping to talk to Jamie & Jason when they hit Australia so more details coming when we get it.

Halloween opens in Australia October 25, take a look at the trailer below.