Javier Bardem is in early negotiations for the role of King Triton in the upcoming live-action remake of Disney’s The Little Mermaid.

This is the latest casting rumour surrounding the production, which has already been marred by a backlash against the casting of Halle Bailey as Ariel.

Disney’s animated film The Little Mermaid came out three decades ago in 1989. The film follows young mermaid Ariel who, fascinated by life on land but forbidden to visit the surface by her father King Triton, bargains with the sea witch Ursula and exchanges her voice for legs and a chance to be human. The film depicted Ariel as a pale-skinned, red-haired girl, and the casting of African-American Bailey for the role spouted a social media controversy and the hashtag #notmyariel.

However, a poll by the Hollywood Reporter revealed only 17% of people questioned directly opposed the casting, so it seems a small but loud minority (and a troll Facebook group ‘Christian’s Against the Little Mermaid’) were responsible for the ‘uproar’. The original voice of Ariel, Jodi Benson, came forward and defended Bailey’s casting in the lead role. The remake’s director Rob Marshall (Mary Poppins Returns, Into the Woods, Chicago) also stated in regards to Bailey’s casting:

“After an extensive search, it was abundantly clear that Halle possesses that rare combination of spirit, heart, youth, innocence, and substance — plus a glorious singing voice — all intrinsic qualities necessary to play this iconic role.” 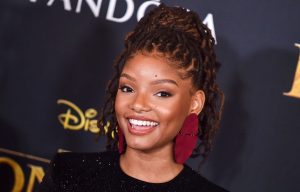 News of Bardem’s proposed casting is still fairly fresh, so it will be interesting if the same group of people opposes the Spanish-born actor in the role of King Triton, an old white guy. There was also no such controversy after Awkwafina (Crazy Rich Asians) was cast to play Scuttle, a seagull originally voice by Buddy Hackett.

Race controversy aside, I’m always annoyed when characters that are supposed related look nothing alike facially. However, Bardem and Bailey match their cartoon counterparts pretty well, and the original cartoon characters look nothing alike anyway. They’re also merpeople, with Triton being a god, so one has to assume Ariel just spawned out of his forehead in some Zeus-like fantasy, where genetics don’t really play any significant role. 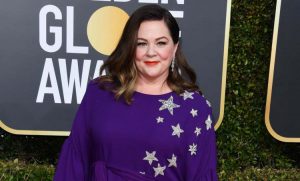 The upcoming remake is written by David Magee (Mary Poppins Returns, Life of Pi), and the film will incorporate songs from the original animated feature and new ones by composer Alan Menken (Beauty and the Beast 1991) and Lin-Manuel Miranda (Hamilton).

Production is set to begin early 2020.