You can currently see Kelton on the small screen in ABC’s The Heights but you have definitely seen him on the big screen in Blackfellas, Australian Rules, September, Bran Nue Dae, Mad Bastards, Looking For Grace, Red Dog: True Blue, Nobody’s Child (Short), Three Summers and The Crossing. 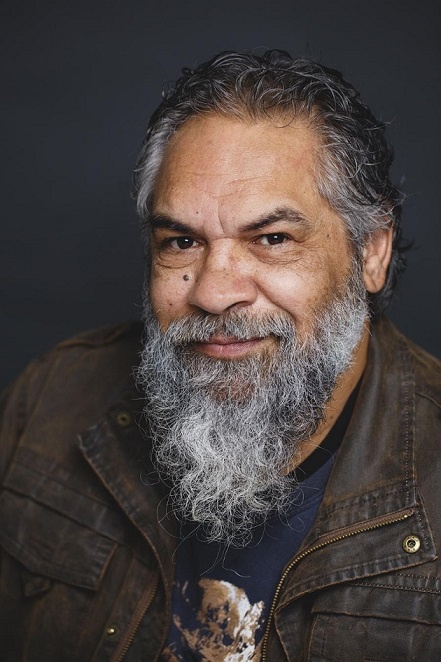 CinefestOZ has named distinguished and much-loved actor Kelton Pell its Screen Legend for 2019.

The Screen Legend is recognised for playing a valuable role in supporting excellence in Australian filmmaking, which CinefestOZ proudly showcases through a variety of film events and screenings across Western Australia’s South West region over the five-day festival from 28 August to 1 September.

Pell has built a reputation for being one of our finest Australian actors and his work was the subject of a Retrospective as part of the festival’s Indigenous program in 2015.

Pell is also a familiar face on television, starring in Bush Patrol and the SBS series, The Circuit, a legal drama set in the Kimberley, Redfern Now and The Heights, while his film credits include Blackfellas, Australian Rules, September, Bran Nue Dae, Mad Bastards, Looking For Grace, Red Dog: True Blue, Nobody’s Child (Short), Three Summers and The Crossing. He is also set to star in the upcoming movie Buckley’s Chance, starring Bill Nighy.

“It’s a huge honour,” said Pell of accepting the Screen Legend award. “I really have to pay respect to the two people who inspired me to be who I am today, T.E Lewis (deceased) and David Gulpilil. If it wasn’t for them, I don’t think I would have been an actor. They were the first two Aboriginal people I saw on the screen and it made me so proud to see black faces portraying our people.”

It is the first time a West Australian has been named Screen Legend in CinefestOZ’s 12-year history.

“I am very, very honoured and proud to be asked if I would like to receive this award, particularly in my family’s hometown of Margaret River/Busselton, Wadandi Country where my father’s family belong,” Pell said.

The CinefestOZ Screen Legend award honours an Australian actor or filmmaker of international repute and will be presented at the CinefestOZ film festival Gala Night on Saturday 31 August.

In 2017, Pell became IndigifestOZ Koorda, or friend, recognising the leadership he has provided the festival, particularly the Indigenous film program IndigifestOZ, which showcases the unique and important voices of Indigenous filmmakers as well as highlighting films with Indigenous themes. It inspires young Aboriginal students to take a look at telling stories through film and demonstrates career paths within the film industry.

“I have always been so proud of every Aboriginal person in the industry and we are a tight knit community of friends,” said Pell. “I’m always very proud when I see everyone get their awards and have their achievements recognised.  I know I have a lot of young people and also elderly people, Aboriginal and non-Aboriginal, who love my work but I wouldn’t have been able to do what I do without the help of everyone around me.”